While Samsung is gearing up to launch the Galaxy Note 10 series on August 7, there are reports about the arrival of a Galaxy Watch Active 2. It’s unclear if whether the company will launch the wearable with the new smartphone series, or if its launch will be moved forward. Despite this, more and more leaks are surfacing and revealing details about the Watch Active 2.

A couple of pictures were revealed today by the popular leakster, Evan Blass, from evleaks. According to another report from SamMobile, the Galaxy Watch Active 2 will come in two sizes, 40mm and 44mm. The former has a 1.2-inch screen, while the latter will be equipped with a 1.4-inch display. Both displays will boast AMOLED technology plus Gorilla Glass DX+. Last but not least they’ll sport 360×360 pixels of resolution. 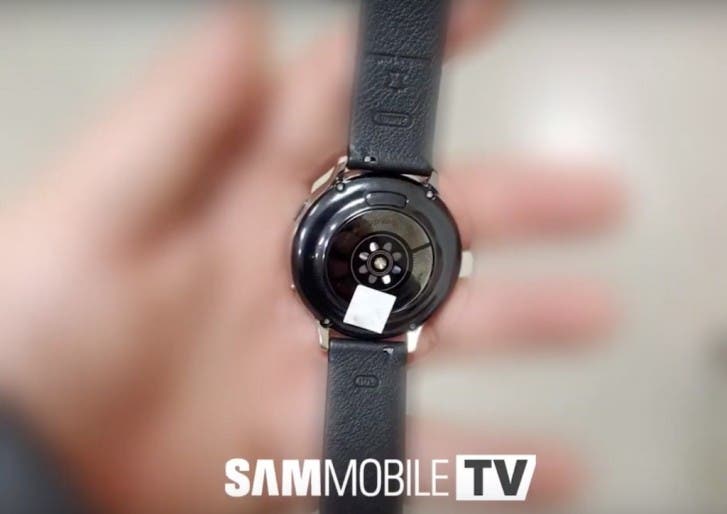 The smaller model will weigh 31g, while the bigger one scales at 36g. They will arrive in either aluminum or stainless steel case, both are built to comply with MIL-STD 810G durability standards. According to reports, Samsung will equip the newer models with a touch-sensitive bezel. Therefore it will allow users to interact with functions without having to touch on the screen. That’s an interesting feature, after all, smartwatches displays are usually too small so it’s hard to interact with a touch-sensitive display without covering the content.

The Watch Active 2 will carry Samsung Exynos 9110 SoC underhood. The smartwatch boasts 768 MB of RAM on the Bluetooth-only model and 1.5GB on the LTE-capable variant. Both versions will boast 4GB of Internal Storage. Reportedly, the 40mm unit will have a  247 mAh battery. The 44mm model will fit a larger 340 mAh cell. As previously rumored, ECG and fall detection are both on board. However, the former can take some time to arrive at the shelves.

Next Mi Health is Xiaomi's newest health and fitness app