OnePlus is keen to introduce some of the features introduced with its recent flagship series on older models. It already delivered a couple of OnePlus 7 Pro features to older devices. That includes the Fnatic Gaming Mode and the Screen Recorder, two features that become quite popular among OxygenOS enthusiasts. Yesterday, the OnePlus 5 and 5T received these two features on the stable branch of OxygenOS. Today, another OP7 Pro feature is making its way to the OnePlus 6 and 6T. This time, however, via a new OxygenOS Open Beta release.

The feature in question is the DC Dimming. If you’re unfamiliar with this feature, it’s an alternative to Pulse Width Modulation that works by dimming the screen through adjustments on DC. While the feature is useful for reducing the screen flickering at low brightness, it sacrifices quality. Nevertheless, it’s an important feature for the part of users that can notice this annoying display flickering on day-to-day usage. 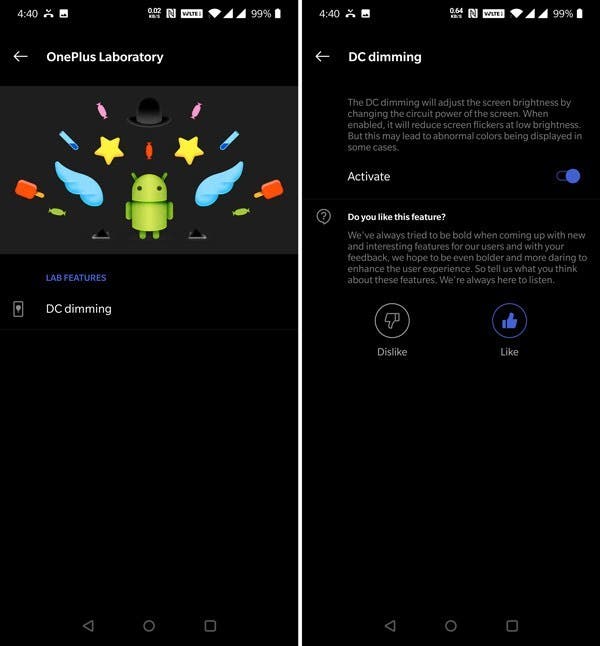 The update also brings improvements for Weather and Screen Recorder along with the usual batch of bug fixes and performance enhancements. Last but not least, the Security You can check the full changelog below:

OxygenOS Open Beta 23 for the OnePlus 6 and Open Beta 15 for OnePlus 6T:

Those who already are part of the beta program should receive the 275MB update via OTA. However, if you never flashed any beta and want to experience this one, you’ll need to manually flash the beta firmware which is available on OnePlus site. Take in mind, that flashing this beta will cut your access to future Stable Builds of OxygenOS. You can roll back to the Stable branch if you wish, but the process will wipe your data.

Next Honor Smart Screen To Support NFC Like Smartphones