What is the most popular gadget nowadays? Of course, it’s the smartphone! But due to technical limitations, its screen can’t exceed a certain size. That’s why the manufacturers are working hard to invent something that will solve this dilemma. Not surprisingly, Huawei is guessed to have found the solution. Not that long ago, Huawei’s sub-brand announced the Honor Smart Screen. As you guess, this is the much-rumored Honor TV. But Honor president, Zhao Ming said it’s naïve to talk about the Smart Screen as a traditional TV. ‘It’s not a regular TV, but the future of TV!’ Unfortunately, not that much is known about this new product, but today we learned about an interesting feature. 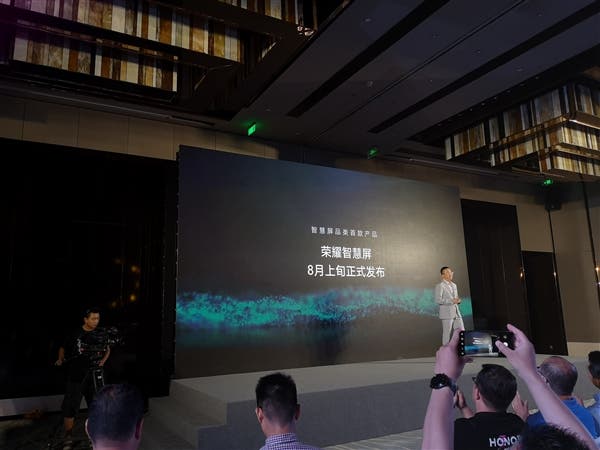 The Honor Smart Screen has been set to be released in early August. So it’s logical we will be getting more and more news concerning its features. Now it turns out the Smart Screen will support Near Field Communication (NFC). This technology will realize the connection between Honor TV and tablets and smartphones.

Generally, the Honor Smart Screen will become a dual center of smart life together with more portable devices, such as tablets and smartphones. Zhao Ming said that the Smart Screen should become the emotional center of the family: audio-visual entertainment center, information-sharing center, control management center, and multi-device interaction center.

At last, we have also heard the Honor TV will come with a lifting camera just like the current mainstream models. If all these rumors and leaks are true, this is going to be an ultra-large screen phone.