Out of nowhere, a mysterious Samsung made device dubbed – Samsung Galaxy Book Space made it to the Geekbench database earlier this week. Other than the fact that it is a Windows-based machine, with 8GB of system memory, with an 8-core processor sporting a base clock speed of 2.84GHz., we had no other clue about the device. Now, the device has appeared on the Bluetooth SIG website, but this time with the Galaxy  Book S moniker. 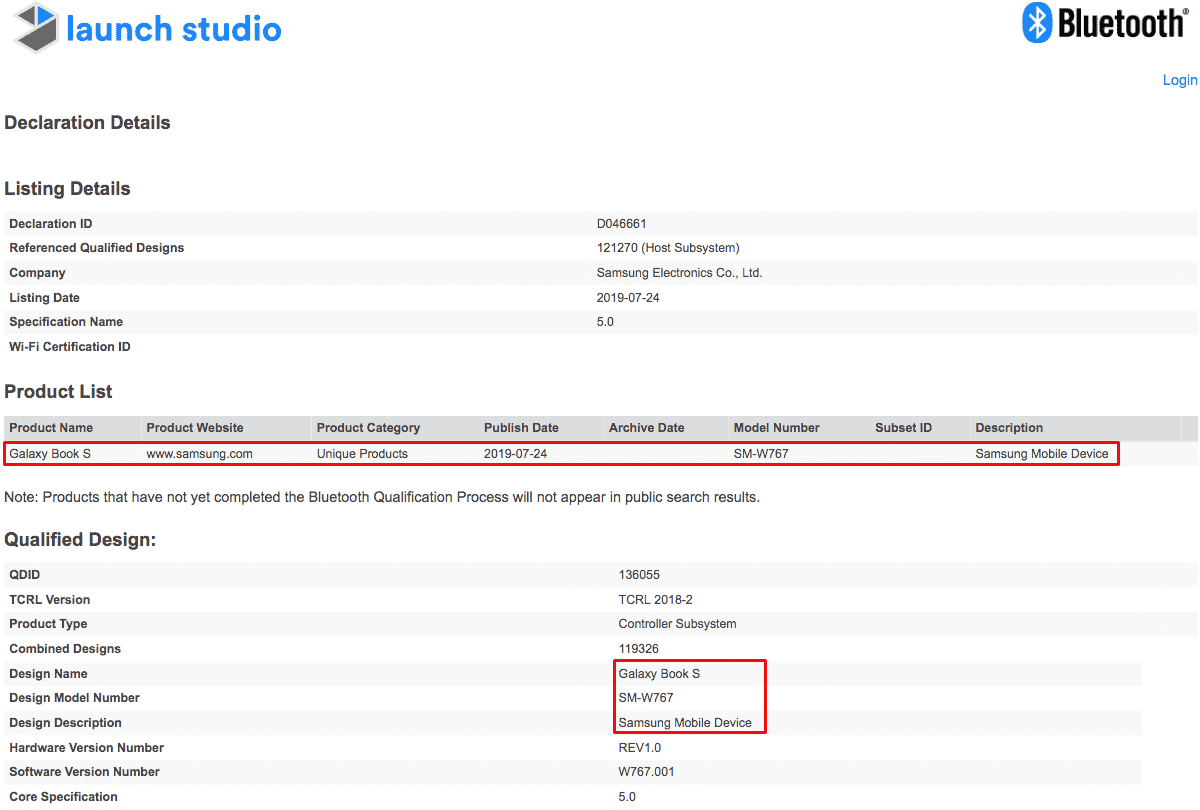 Exact details are sketchy, but there are speculations the GalaxyBook S could be Samsung’s response to Microsoft’s Surface Pro 2. We have no clue when the device will launch but might have to wait till, perhaps, October, given that the Book 2 launched back in October 2018. Although we wouldn’t be surprised to see it launch alongside the Galaxy Note10 later in August.

Next 2020 iPhones to feature OLED panels made by LG