Yesterday, we’ve got the confirmation that Samsung is gearing up for the release of a compact laptop. A few days ago we saw a mysterious device on GeekBench running a 2.84GHz Octa-Core CPU. The device cleared Bluetooth SIG yesterday and now the reliable tipster Evan Blass confirmed that Samsung is working on a Galaxy Book S with these specs.

As previously reported, the Geekbench listing and the Bluetooth certification sheet never revealed too much about the device. However, the model number SM-W767 suggests that this is a successor for the Galaxy Book 2 with Bluetooth 5.0 support. Furthermore, the new model bumps up the 4GB RAM amount in the older model to 8GB of RAM. 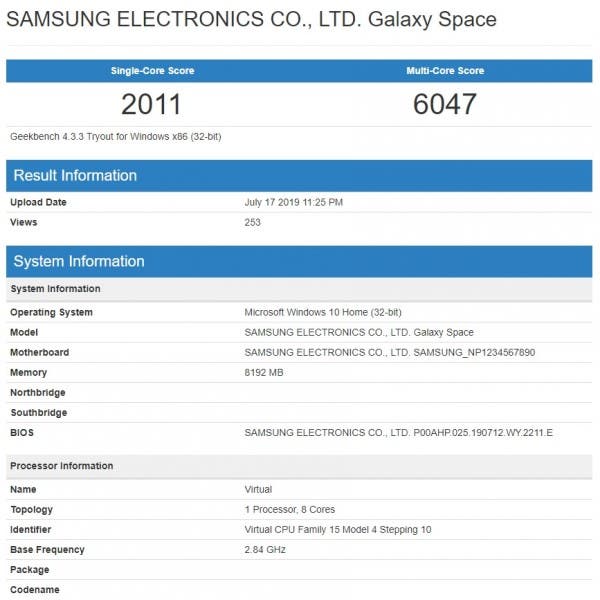 The laptop runs Windows 10 and scored 2011 in the Single-Core tests. The multi-tasking task generated a score of 6047 points. Worth noting that the device still is in the testing phase, so these scores don’t necessarily express the actual performance of the final product. Especially because the device caught by GeekBench was running a 32-bit of Windows 10. We know that this is far from ideal in a device with 8GB of RAM.

We can’t estimate when Samsung will unveil this new laptop. But worth noting that the last year’s model debuted in October 2018. Samsung could follow the same schedule with the new Galaxy Book S.

Previous Looking for a fancy 3D printer or a new smartband ?