At the end of March, Huawei traditionally released a new high-end P-series smartphone. This series includes Huawei P30, P30 Pro and the P30 Lite. Ideally, we will expect the P40 series to arrive in 2020. However, three new trademark applications show that the company is considering making a name change and/or launching more P-series models. 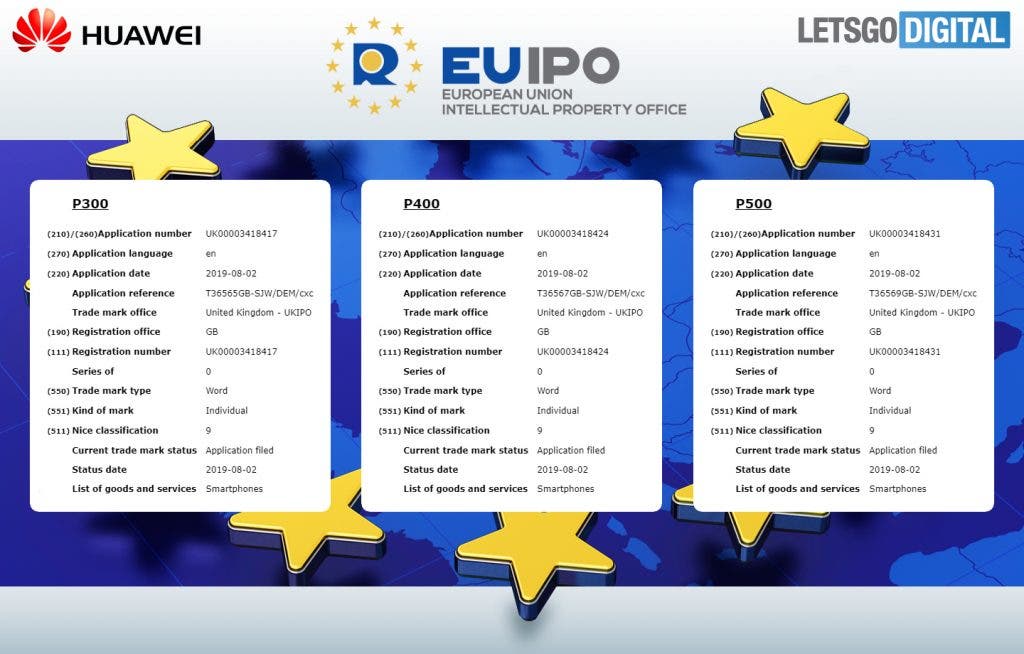 On August 2, 2019, Huawei Technologies submitted three trademark applications to the UK IPO (Intellectual Property Office). The names that appear on the trademark filing are P300, P400, and P500. The three trademarks are categorized as Class 9, with the description; ‘smartphones; mobile phones; tablets’. The company has never released a P-series smartphone with a hundred in the model name. Thus the exact model of these devices is not known. 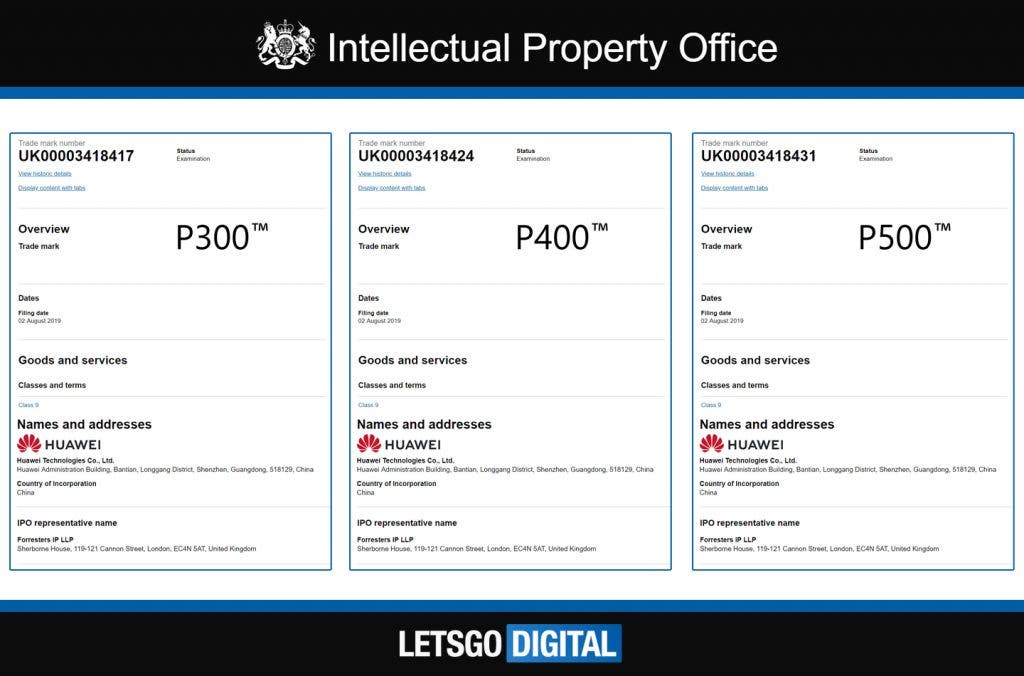 However, it is also possible that the company wants to add extra models to its P-series. The company already applied for the name Huawei P40 in October 2017. Thus it is most likely that the P40 will be released. The Chinese manufacturer always launches its new P-series models in the first half of the year, followed by the Mate smartphones in the second half of the year. The Mate 30 series is expected in October but the Mate 30 was already secured in July 2018. Whether the Huawei P300, P400 and P500 will also be introduced this year is difficult to predict.