Oppo is one of the earliest companies to release a smartphone with a slider design, Oppo Find X. Since then, the company has released several Reno smartphones but none uses a slider design. Possibly this will change soon. In February the Chinese manufacturer already registered a trademark for the name Oppo Find Z and last month the name Oppo Find Y was added to it. At the end of March, EUIPO (European Union Intellectual Property Office) granted a patent to Oppo which shows similarities with the Find X. Now, we have a new set of renders which may be for Oppo’s second Find X-like phone. 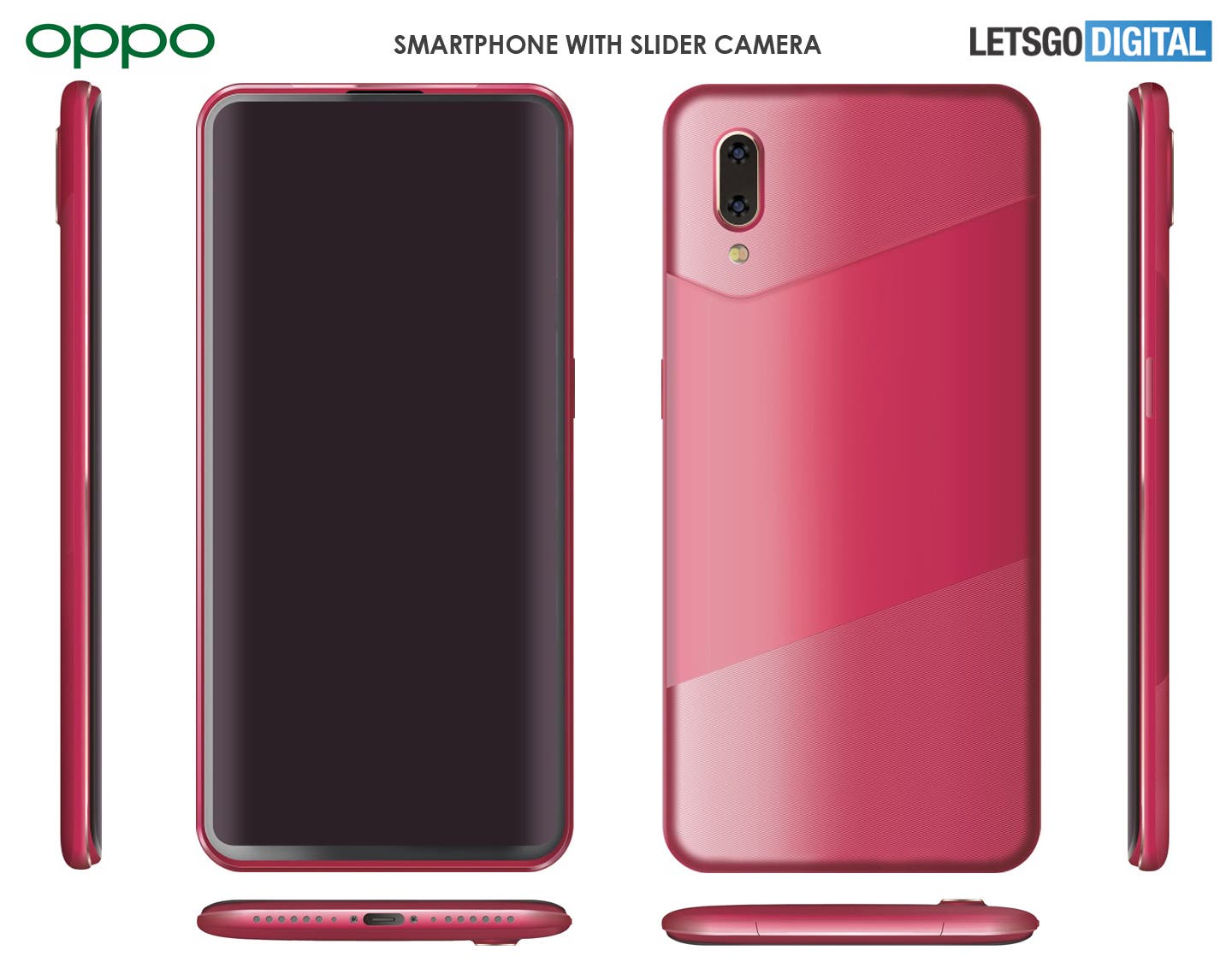 These new renders are different from previous patent filings. For example, there is a ‘V’ on the rear which becomes more visible when the front camera is extended. This time, not one, but two cameras are in periscope structure as the company describes the slider. 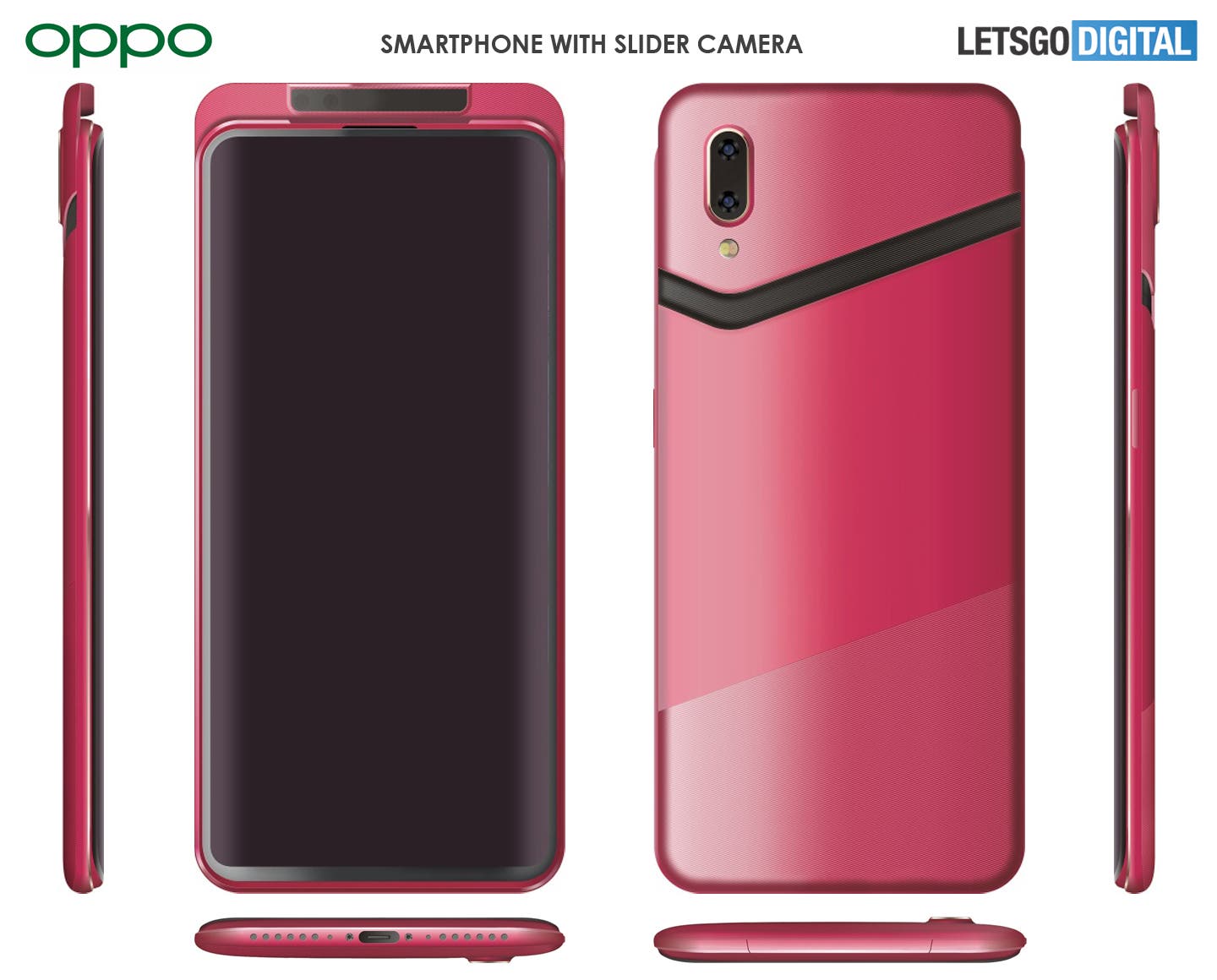 This design from Oppo appears on WIPO (World Intellectual Property Organization) database. The front shows an image-filling design with nicely rounded edges. The Find X also had an edge display. The periscope structure housing the dual front camera is just as wide as the device itself. This is certainly not a pop-up camera design. The rear has a dual vertical camera setup which is different from the horizontal alignment on the Find X. It appears that this smartphone will expunge the 3.5mm headphone jack.