It is always interesting to see that old devices can still get major updates. Huawei P10 Plus was released at MWC 2017 and it came with EMUI 5.1 (Android Nougat). Over two years later, we have confirmation that this device is now receiving the EMUI 9.1 update based on Android 9 Pie depth customization. The EMUI 9.1 update for Huawei P10 Plus has the version number EMUI 9.1.0.252. The update is currently available in Asia and will soon arrive in other regions. 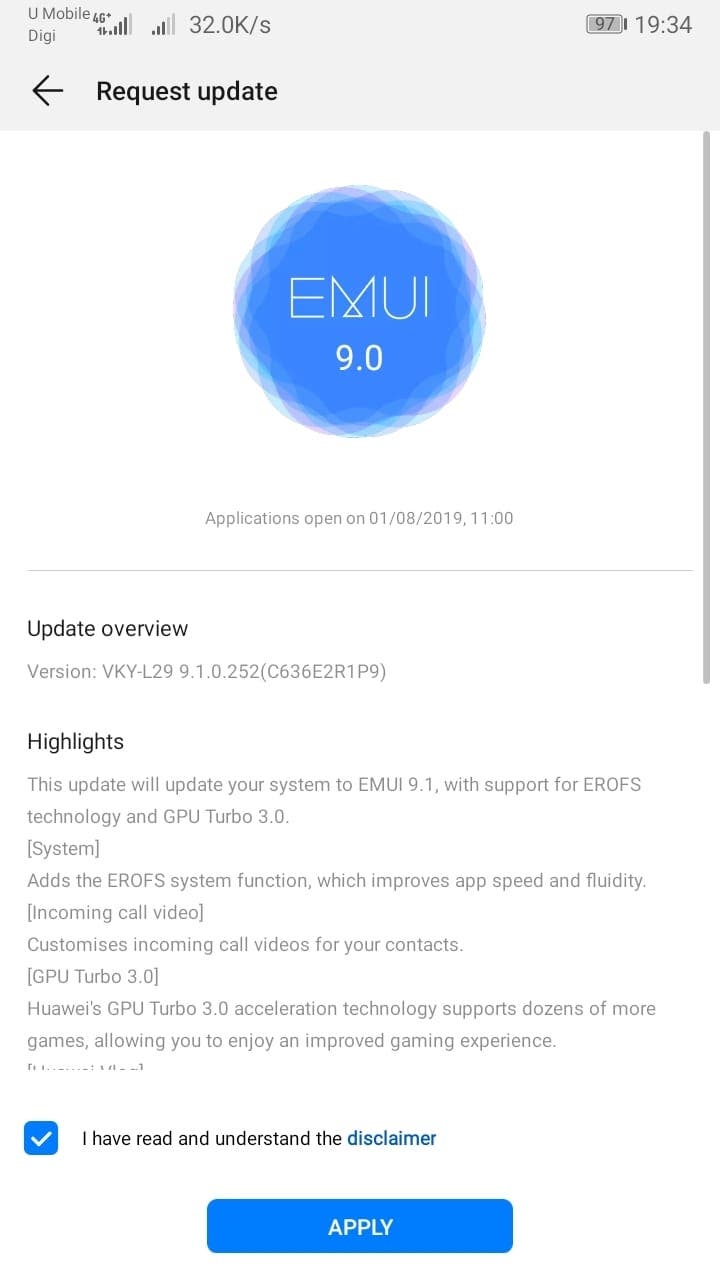 The new update brings GPU Turbo 3.0 and the EROFS super file system. According to the official introduction, the new super file system (EROFS) increases the random reading speed by an average of 20%. This makes the system to respond quickly to your control. The patent compression method allows you to have a private space that can store 1000+ images or 500+ music.

On the other hand, GPU Turbo is a soft and hard graphics acceleration technology. This tech improves the performance of mobile GPUs. It lightens the EMUI operating system and the processing bottleneck between the GPU and the CPU. Generally, it greatly improves the overall efficiency of the GPU graphics operation. On GPU Turbo 3.0, you can adapt to more popular games and enjoy the ultimate gaming experience with high frame rate and low power consumption. It further supports AI image adjustment to give better visual experience.