That’s not a secret China has the largest market on the globe. So everything happening there clearly shows what a situation we have in the global market. Of course, there are some circumstances that make China’s market differ from the others, but in most cases, it’s the mirror of the world. You can agree with this statement or refuse it. But as for the smartphone market, it’s true. Today, IDC released the second-quarter report of China’s smartphone market in 2019. According to the report, China’s smartphone shipments in the second quarter were 97.9 million units, down 6.1% year-on-year. In the first half of 2019, the total shipments were approximately 180 million units, down 5.4% year-on-year.

As the second-quarter report of China’s smartphone market in 2019, Huawei’s shipments were 36.3 million units, with a market share of 37%, up 27% year-on-year. This is the only company among the top five domestic brands that had shipments growth year-on-year. 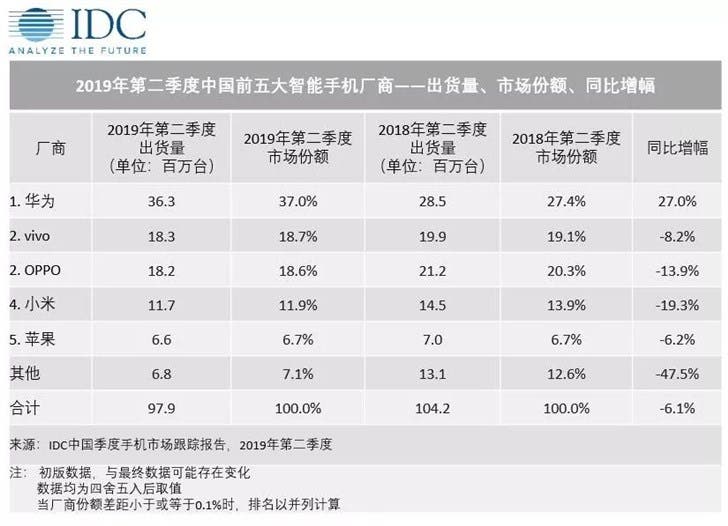 As we can see in the second-quarter report of China’s smartphone market in 2019, the only manufacturer benefited in this situation is Huawei. In other words, all the declines of other companies ‘went’ to Huawei’s cashbox. Probably, this is one of the reasons why the US dreads Huawei.

Next Huawei Mate 30 and 30 Pro case renders: round cameras and a mysterious button