The Chinese smartphone market is the largest in the world and it is quite difficult to get a grip of this market. In recent times, the tablet market has been dwindling seriously mostly because of the preponderance of smartphones with larger displays. However, a couple of companies are still doing well, even in the highly competitive Chinese market. A recent report from IDC (International Data Corporation) shows that Apple overwhelmingly leads the Chinese tablet market for Q1 2019 with a 42.9% market share. 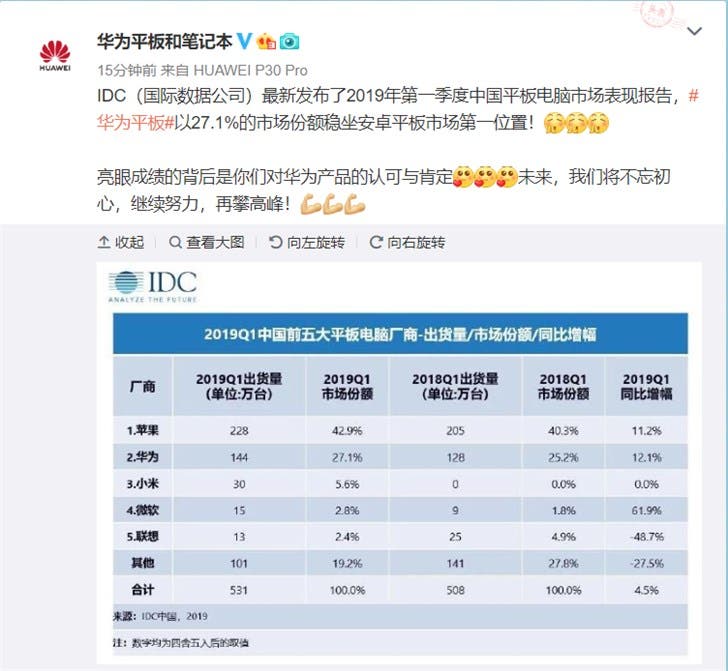 Xiaomi came third in the Chinese tablet market for Q1 2019 with a total shipment of 300,000 units and a 5.6% market share. The tablet market is not as lucrative as the smartphone market thus we don’t see many tablets from top Android manufacturers annually. It’s worth noting that IDC Q1 wrist wearable device report shows that the Xiaomi bracelet topped the world’s wrist wearables with 5.3 million units shipped, and Apple shipped 4.6 million units. Huawei ranked third with 3.9 million units shipped.

Next Redmi K20 Series Landing In India On July 15