Despite the crackdown put in place by Xiaomi during the month of July, the Chinese beta branch of MIUI continues at a brisk pace, cooking new features that we hope will continue to reach the international version in a short time. The latest MIUI 9.8.5 beta introduces small novelties but leaves more succulents on the horizon.

The novelty concerns the clock positioned in the home of the MIUI launcher. Which can now be set to display two distinct times, from two time zones. A trick that may not be of interest to everyone. But those who travel a lot for work or have relatives who live far away, will certainly appreciate it. 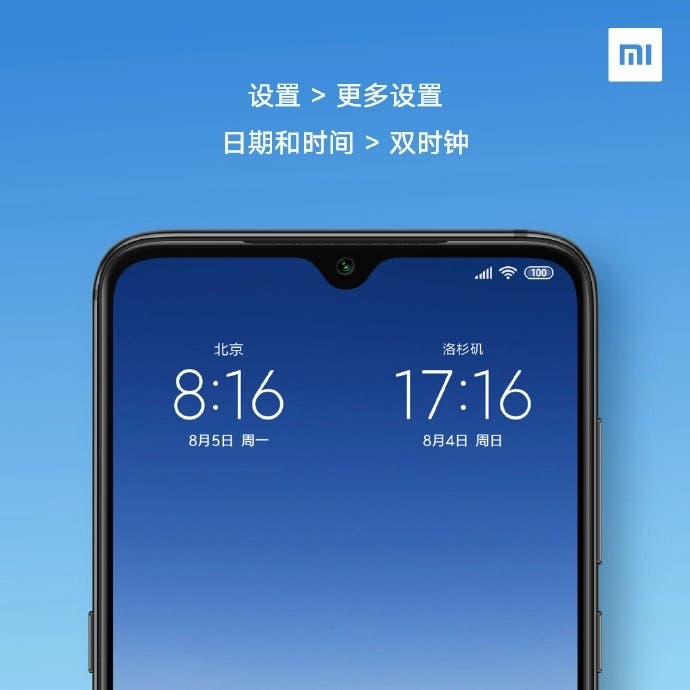 MIUI 9.8.5 beta also contains clues to further features that we could see in the future: the first concerns a bar containing quick shortcuts, which would appear immediately below the virtual keyboard, while the second has the name of Dual WLAN which is a mode that will allow you to increase the connection speed by connecting to two separate Wi-Fi networks. We do not know when these innovations will become reality. But we hope that they will soon appear in the next beta.