We’re just a few hours from finally knowing Samsung’s next big thing for 2019 in the form of Galaxy Note 10+ and the leaks keep pouring. This time we got a glimpse of the flagship with a Blue colored finish. The leak comes as a courtesy from the popular leakster, Evan Blass from evleaks. 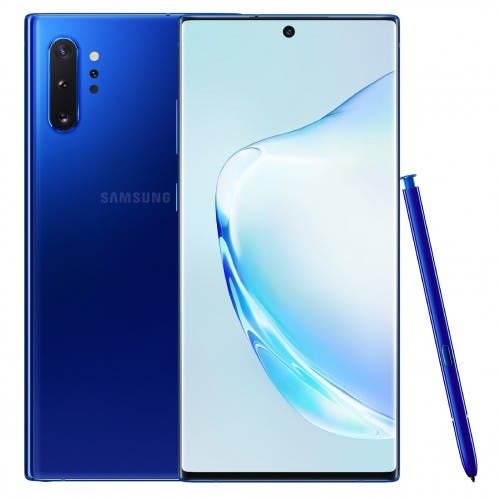 We already know that the Note 10 series will ship in Aura Black, Aura Glow and Aura White Color. However, it’s easy to assume that Samsung is preparing more color options for an eventual release. The Korean maker has been doing this for quite some years, releasing new colors to keep attentions over its flagships. There is a Pink colored option arriving along with the Aura trio. Besides that, if you’re into fancy gradient finishes, the Blue color also looks like a good option for you.

What remains to be seen is if Samsung will keep this new Blue paint job for a late launch, or if it will be available soon after the release. The Galaxy Note 10, Note 10+ and Note 10+ 5G will be revealed later today during Samsung’s unpacked event. Stay tuned for more details about the handset, but considering all the leaks, we won’t have any surprises.