Huawei has lifted the veil on EMUI 10, the Android Q based UI. The update has a lot of new features, including a dark home mode, new icons and a more efficient Turbo GPU.

Huawei has promised to roll out the EMUI 10 update on many smartphones in its catalog. Unsurprisingly, the manufacturer seeks to reassure the users of EMUI. Despite the restrictions of the Trump government, the firm is still able to offer regular Android updates. At last report, 17 Huawei smartphones / Honor will install Android 10 Q. 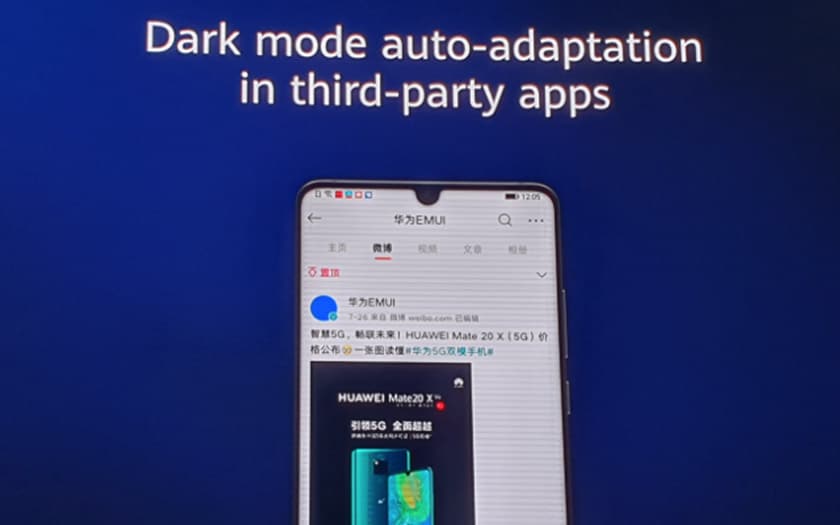 “This is not a simple update since EMUI 9.1,” says Dr.Wang Chenglu, president of Huawei Software Engineering. The manager puts forward many aesthetic changes for the interface, a better integration of artificial intelligence, and a more fluid overall operation. In the process, Huawei also adds new icons to its UI.

Huawei announces that it has focused on the performance of its OS with a 6% reduction in power consumption. The engineers focused on the GPU Turbo feature, an option that boosts the power of the GPU of your smartphone momentarily during a gaming session. According to Huawei, the option is 60% more efficient with EMUI 10. The new UI also improves the speed of wireless connections by 70%. 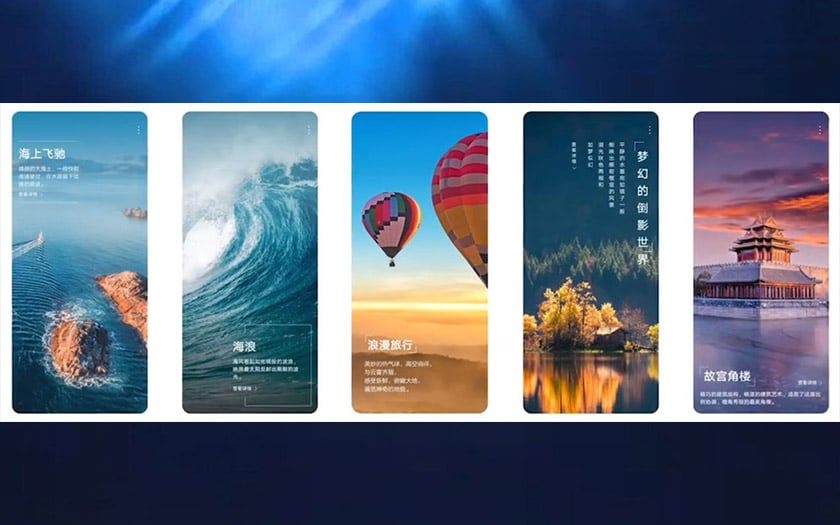 The update also signals the arrival of the dark mode. To ensure excellent integration, Huawei worked extensively on adjusting the lighting level and black color. At the conference, Dr. Wang Chenglu talked about the important accent color for the dark mode. To ensure good readability, Huawei opted for blue. The dark mode also automatically adjusts to third-party apps compatible with the native Android 10 Q dark mode. 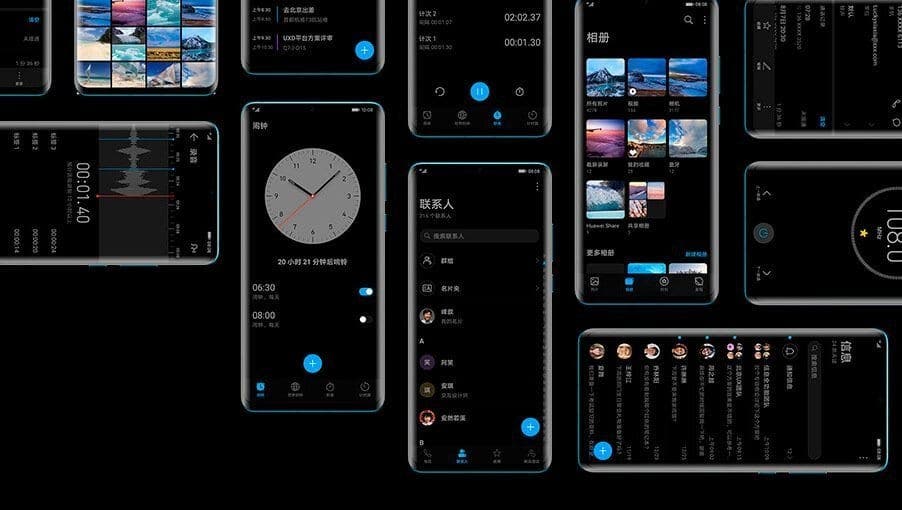 Not surprisingly, EMUI 10 will be compatible with devices equipped with Harmony OS, Huawei’s home-grown OS. In the same vein, the manufacturer has emphasized the continuity. It is possible to take a call via your MateBook, your Watch GT or directly via a drone. In the manner of Apple, Huawei seeks to build a complete ecosystem. With EMUI 10, the brand hopes to reach the threshold of 150 million users. The update will be available in beta on the P30 and P30 Pro as of September 8, 2019. 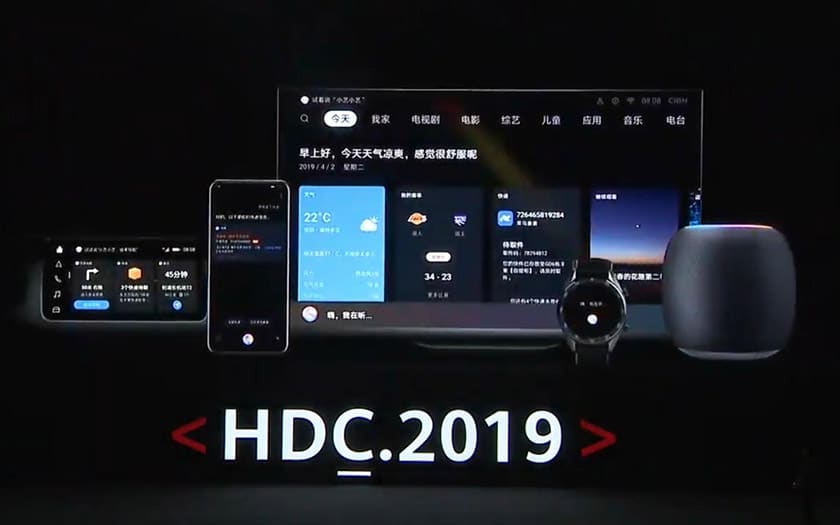