Today, Chinese manufacturing giant, Huawei, commenced its annual developer conference. We already knew that Huawei has its own system and we have heard names like HongMeng OS, Ark OS, Oak OS, etc. However, the company just announced its “Harmony OS”. It can now be seen that this open-source platform is the final name for the popular HongMeng System. After the relaxation of the US ban, many top officials of Huawei claimed that the HongMeng system is not for smartphones. However, at the release conference, this system is for smartphones, smart speakers, computers, smartwatches, wireless earbuds, cars, and tablets. Richard Yu, CEO of Huawei, spoke on the Harmony OS. 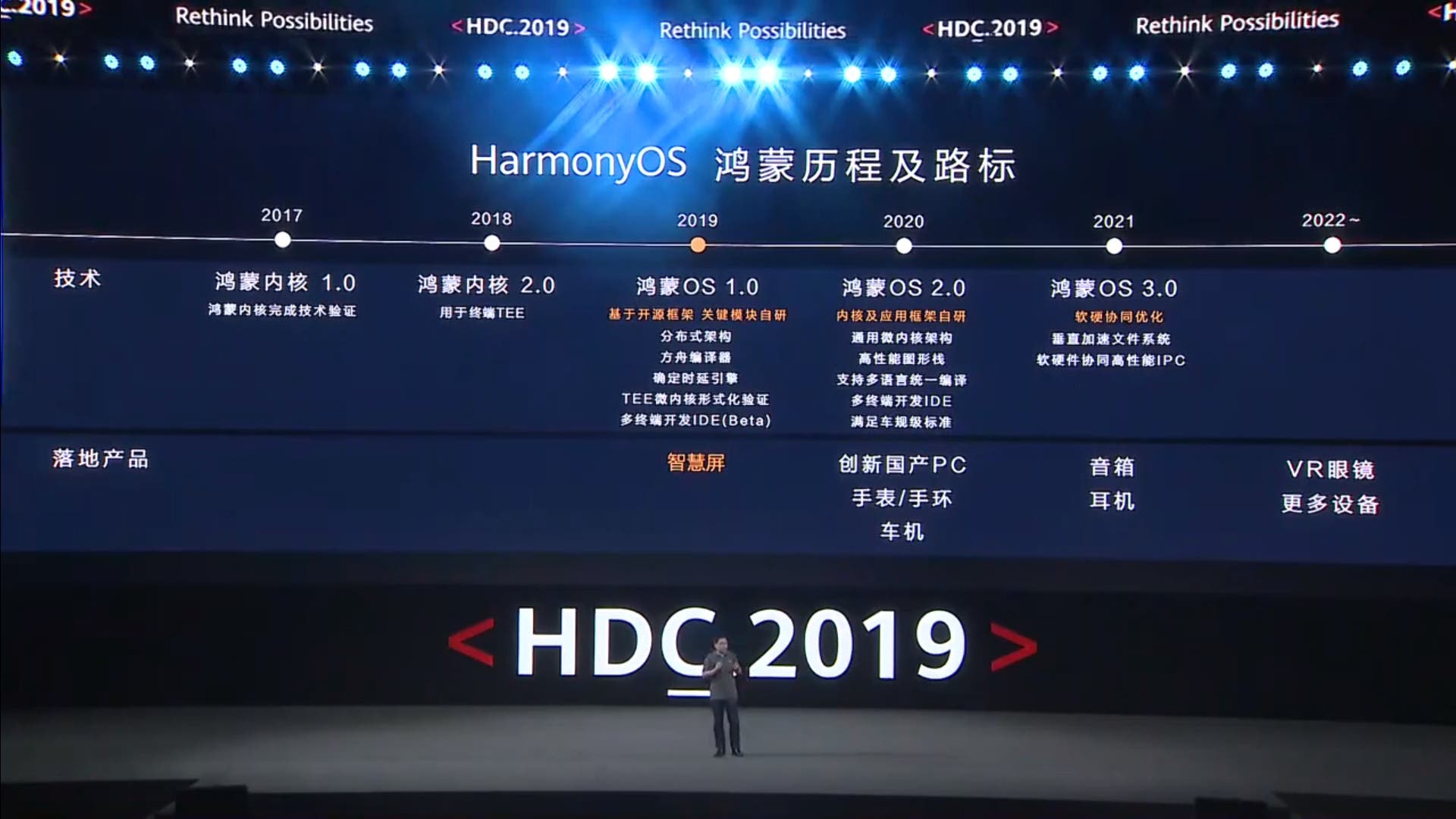 According to Richard Yu, this system is “the first microkernel-based distributed OS for all scenarios,” and it supports RAM sizes ranging from kilobytes to gigabytes. Harmony OS is compatible with HTML5, Linux, and Android apps but it appears that the compatibility still needs some development. Yu said, “They (apps) will all be able to run on our OS in the future,”.

Furthermore, Huawei’s CEO believes that HarmonyOS is an alternative to Android on its smartphones. However, the company will still remain with Android for now. According to Yu, “If we cannot use Android in the future, then we can immediately switch to HarmonyOS,”

For us to migrate from Android to Harmony OS “is not that difficult.”. The “ARK Compiler used for this system supports Kotlin, Java, Javascript, C, and C++”. There will be a launch of the Honor Vision TV tomorrow in China. This is presumably the first device to use the Harmony OS.

Next Huawei presents EMUI 10: discover what's new in the update