In recent times, there has been a constant development of large screens to become more compatible with mobile services. In fact, the unification of cross-terminal compatibility is gradually becoming the mainstream. This relationship is one of the core concepts of IoT. The seamless compatibility between smartphones and smart TVs is coming into reality. Xiaomi TV has just moved a step further by introducing Video Calling on large screens. 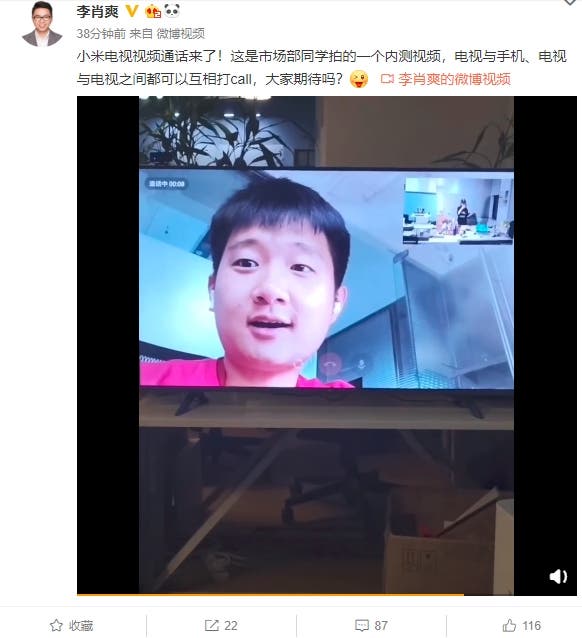 Today, Li Xiaoshuang, general manager of Xiaomi TV (Air Conditioning) Department announced that Xiaomi TVs can now take video calls. This feature has passed the internal testing phased but it is not yet official. According to the report, this feature is possible between Xiaomi TV and smartphones or between a TV and another TV.

To get access to the video calls, click on my application – video call on the main page of Xiaomi TV. This takes you to the video call interface where you will see call contact on the left side of the interface. Use the remote control to select the number of interest and activate the video call. In the internal test video, the connection process is fast and the picture is very clear. However, it is not certain if this feature is possible by using an external camera a microphone, or a front lens of the smartphone. Since this feature has passed the internal testing phase, its official launch shouldn’t be far away.