The first smart glasses produced by Huawei have arrived in March thanks to a collaboration with Gentle Monster, but according to a couple of trademarks registered with EUIPO we could soon see the new models.

We are not surprised by this change: already in November 2018 there was talk of augmented reality glasses “within two years”. We are probably talking about glasses that are decidedly more equipped than Spectacles, with USB-C, voice assistant, calls and much more. 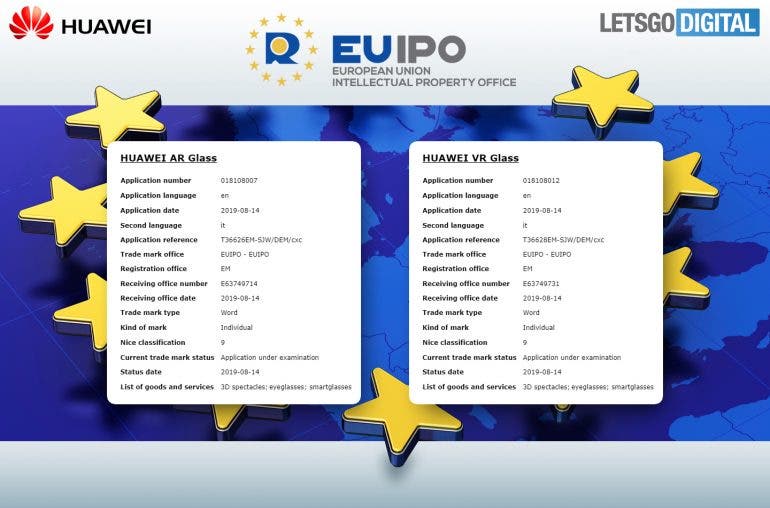 There are those who hypothesize to see these new smart glasses directly at IFA 2019. But, given that many rumors have not been heard in recent months. We’ll still see if Huawei decides to surprise us in less than a month.

Huawei previous glasses offered users the ability to make calls, play music, and summon a virtual assistant. It works independently of a smartphone and has in-built dual semi-open speakers. These speakers are placed right at the ear canals which will allow them to drive audio right through easily. The glasses also come with NFC to enable contactless payments. Users can also hook the glasses to a phone via Bluetooth even though it’s not necessary for it to function. The accessory also comes with IP67 water resistance so you don’t have to worry about a little bit of water and dust sprinkles. It also features a charging case, which uses NFC-based contactless charging technology, a world-first as claimed by the company.

The future is now! Together with Gentle Monster we have joined forces to take your wearable intelligence to the next level with #HUAWEI X GENTLE MONSTER EYEWEAR. pic.twitter.com/MrgO2esXK4

Next Redmi TV appears in short video clip ahead of launch