According to a recent IDC report, the Indian smartphone market hit 36.9 million units in the second quarter of 2019. This represents a 9.9% increase year-on-year and 14.8% increase quarter-on-quarter. The report shows that Chinese manufacturer, Xiaomi, is still at the top of the Indian smartphone market. The IDC report shows that the current top five is the same as last year. We have Xiaomi leading the pack with Samsung, Vivo, OPPO, and Realme all following behind. While Xiaomi has a 28.3% market share, the others have 25.3%, 15.1%, 9.7%, and 7.7% respectively. 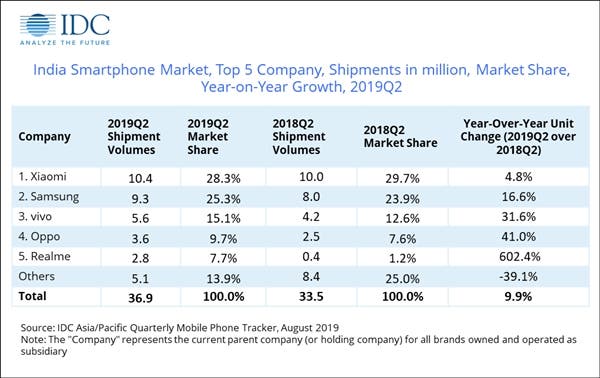 Xiaomi also dominates the Indian online market with a share of 46.5%. At the same time, the Chinese manufacturer is expanding India’s offline sale channels. Currently, offline sales account for 39.5% of Xiaomi’s overall shipments in India. Samsung entered the low-end market through the Galaxy A series, achieving a year-on-year growth of 16.6%. Vivo used the Y91 and Z1 Pro to achieve a 31.6% year-on-year increase. Oppo grew even stronger with the A-series and K1 model also performed well – the result is a 41% year-on-year growth. Realme’s newly launched C2\C3 Pro and other models are next to Xiaomi for online sales. Redmi 6A and Redmi Note 7 Pro are the highest-selling models in the entire Indian smartphone market in the second quarter of 2019. 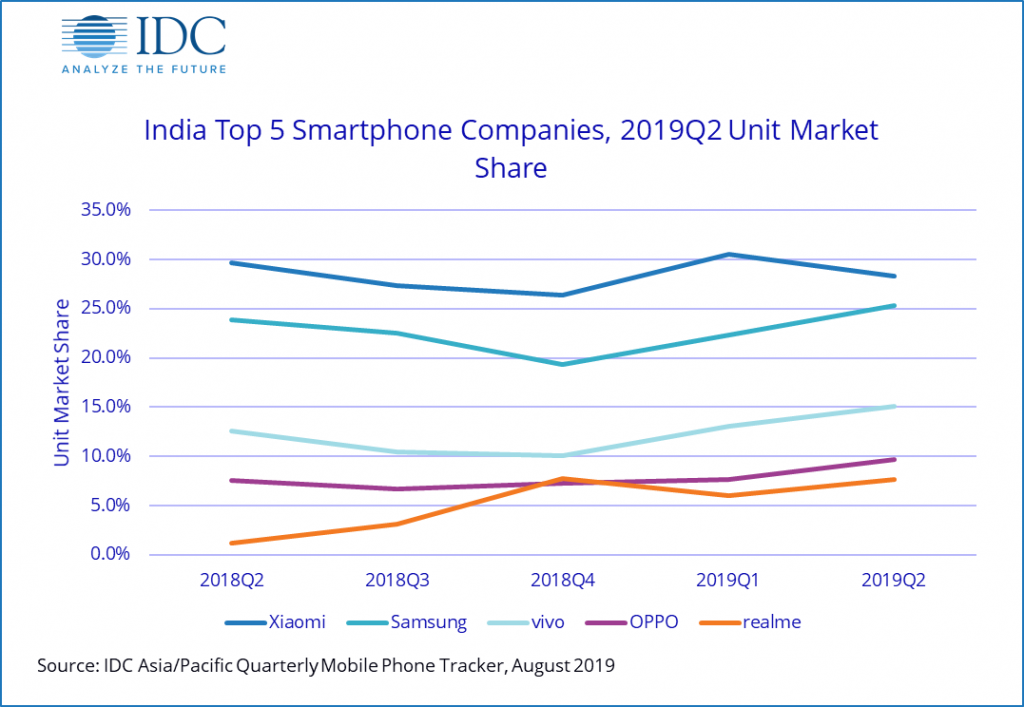 As of now, Samsung is the only non-Chinese smartphone which makes an impact in the Indian market. As for Apple, there is no shred of its existence in the Indian smartphone market. Technically, Chinese OEMs are not facing any competition from outside China.