According to a report from Canalys, smart wearables market across North America grew by 38% in Q2 2019 on a yearly basis. The research data reveals that the total smartwatch sales hit $2 billion during the three months period. 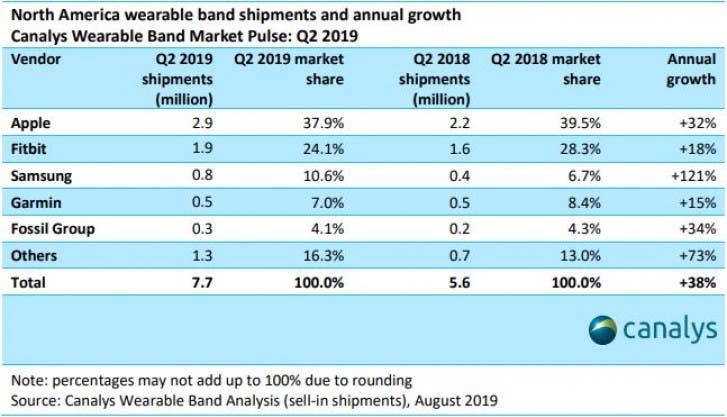 The leader of the segment is Apple, and that isn’t a surprise. Seems that the company has found the formula to keep a comfortable lead in the smartwatch segment. The Cupertino-based company saw 2.9 million shipments for the period and holds a 38% market share. In the second place, we have Fitbit with 1.9 million units and a market share of just over 24%. Completing the top three, we have Samsung with a 10.6% market share. The South-Korean maker saw a massive 108% year on year growth which helped to surpass Garmin as the third-largest player in the smartwatches segment. 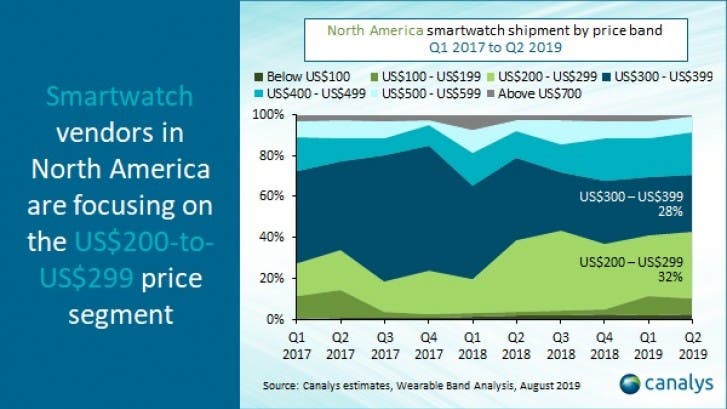 Samsung’s achievement can be associated with the Galaxy Watch Active line. The smartwatch lineup came offering decent package and features plus a redefined design that was well received by customers. Fitbit, in counterpart, failed to deliver in the “features” category with its Versa Lite. Although the company managed to hit the second place, it was behind both Apple and Samsung in terms of features.

“Smartwatch vendors are increasingly getting near the bullseye – hitting the right price point in a way that spurs massive demand.” – Vincent Thielke (Canalys)

The sweet spot when it comes to the price of smartwatches is the $200-299 category. Currently, the features that users are most interested when in the market for a wearable, are heart rate sensors and cellular connectivity.

Next Vivo Nex 3 to come with 5G support