Today at the Galaxy Note 10 | Note10+ 5G China launch conference, Samsung also released flagship Samsung Galaxy Tab S6.  This tablet comes with a Snapdragon 855 flagship processor, on-screen fingerprint sensor, AKG four-channel speakers, Bluetooth S Pen and more.  As of now, the price of this device has not been made public. 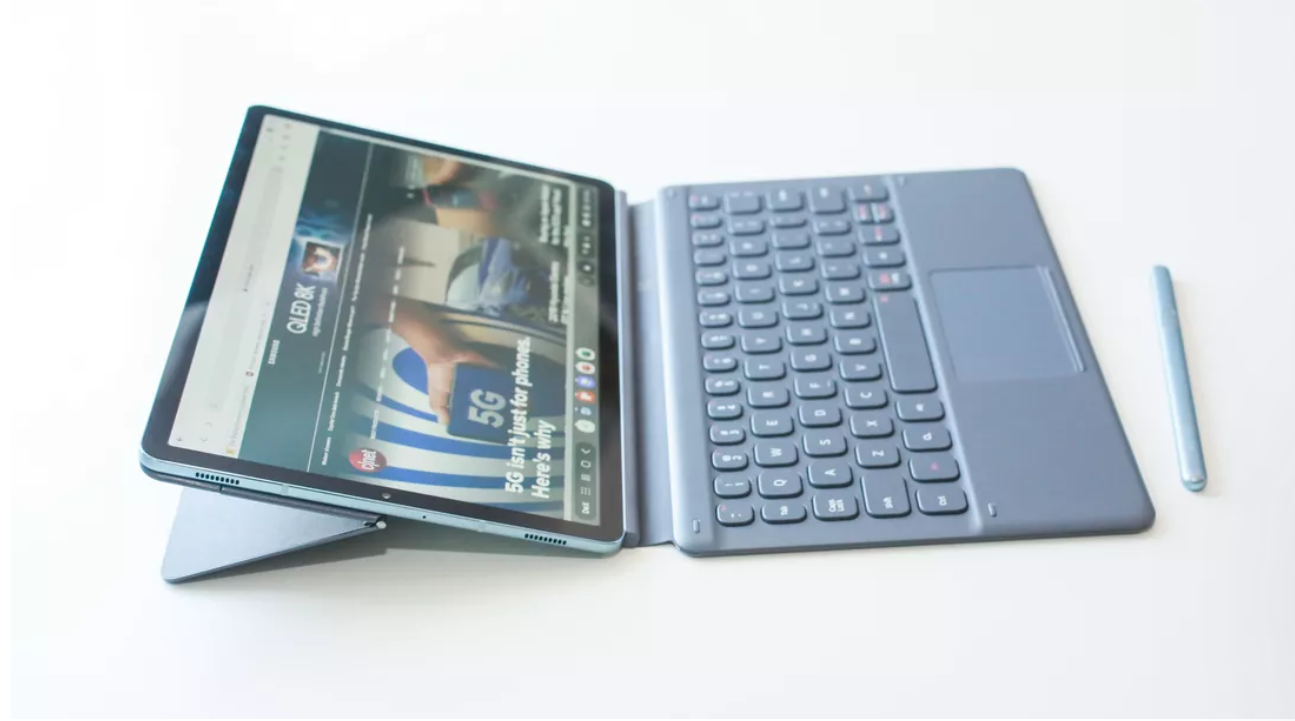 The Samsung Galaxy Tab S6 tablet features a 10.5-inch Super AMOLED panel with a resolution of 2560 x 1600px and a 16:10 ratio. The four-speaker tuning is calibrated by AKG and supports Dolby Atmos. Under the hood, we have the flagship Snapdragon 855 chip as well as  6GB/128GB or 8GB/256GB. Both options support MicroSD expansion. 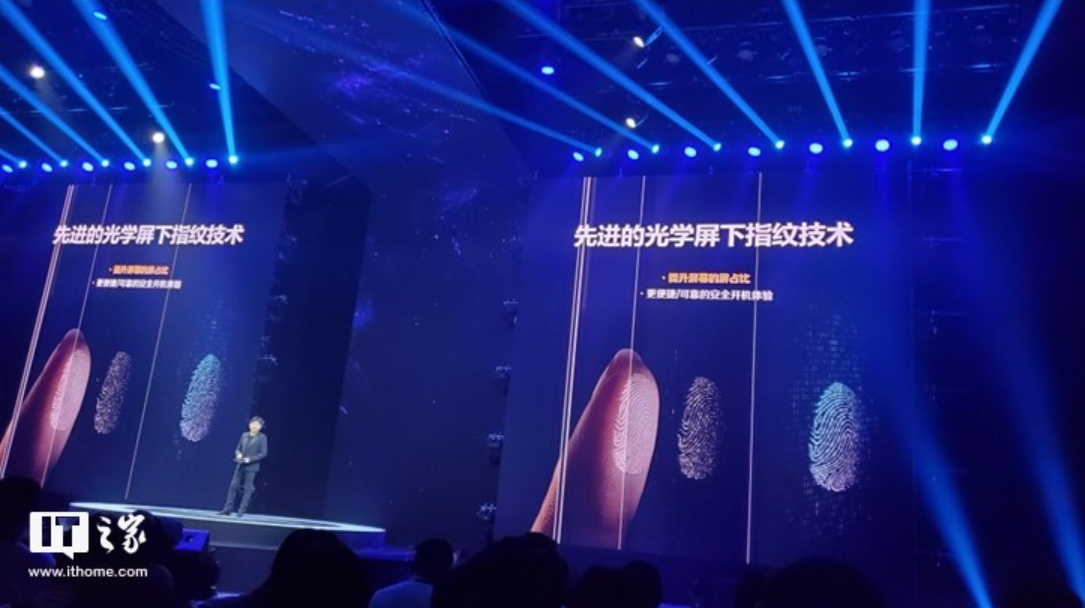 Samsung claims that the Tab S6 is the first tablet to support HDR 10+. Relative to the static HDR10, the HDR10+ enhances the color and contrast of the media. It also applies dynamic tone mapping to each specific scene, and constantly fine-tunes the settings as the content plays. This enables it to create richer, more vibrant colors, and better light and shadow details. 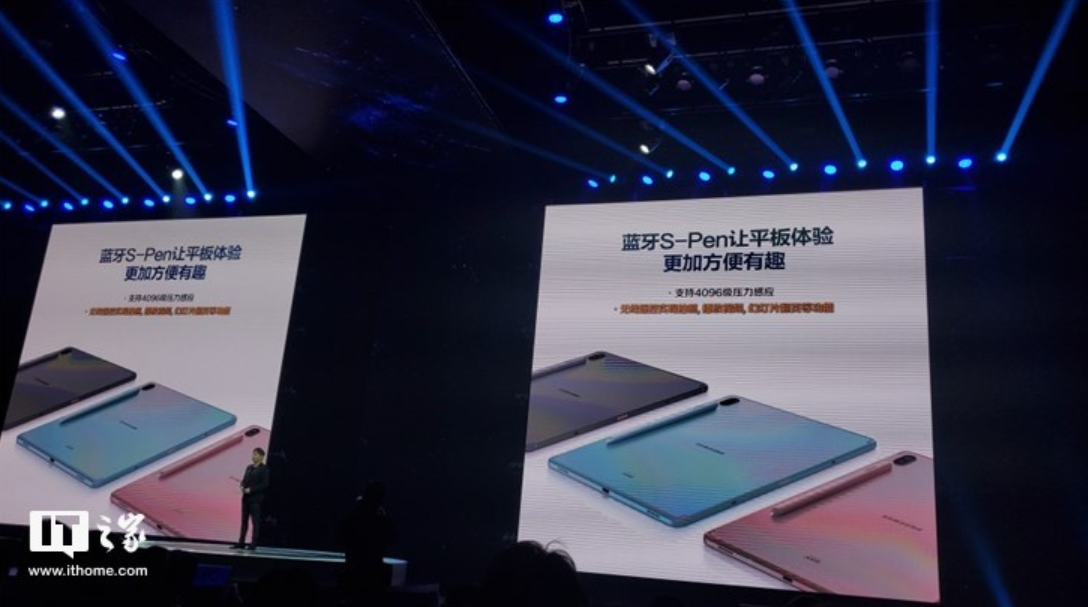 This tablet comes with a dual rear camera setup. The main camera 13MP shooter while the secondary camera is a 123-degree wide-angle camera. It also comes with an 8MP selfie camera that allows for self-portraits and video calls. Samsung said that this is also the first tablet with a super wide-angle camera. 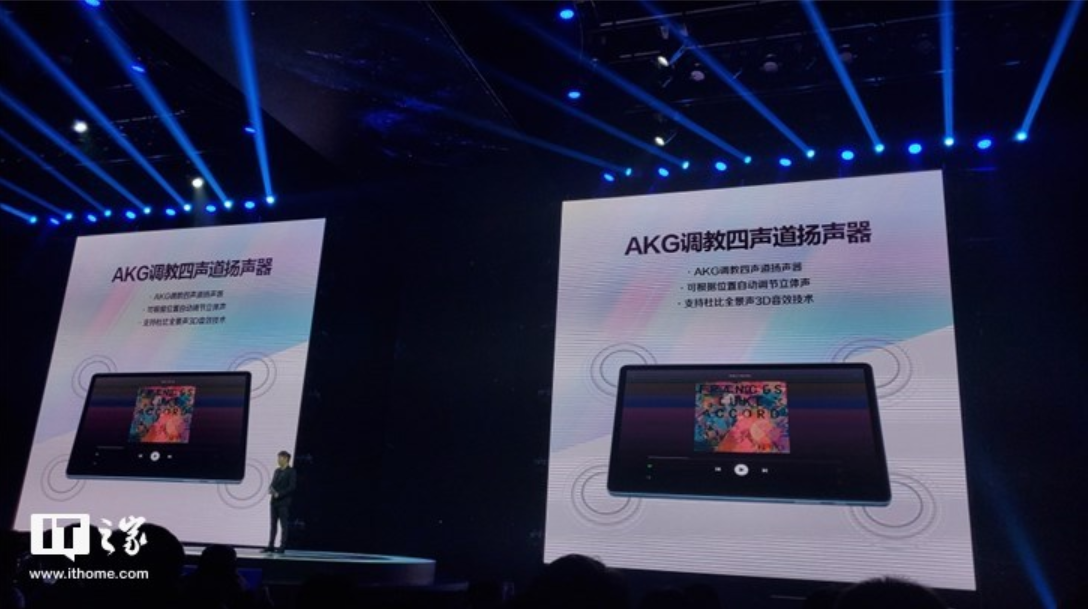 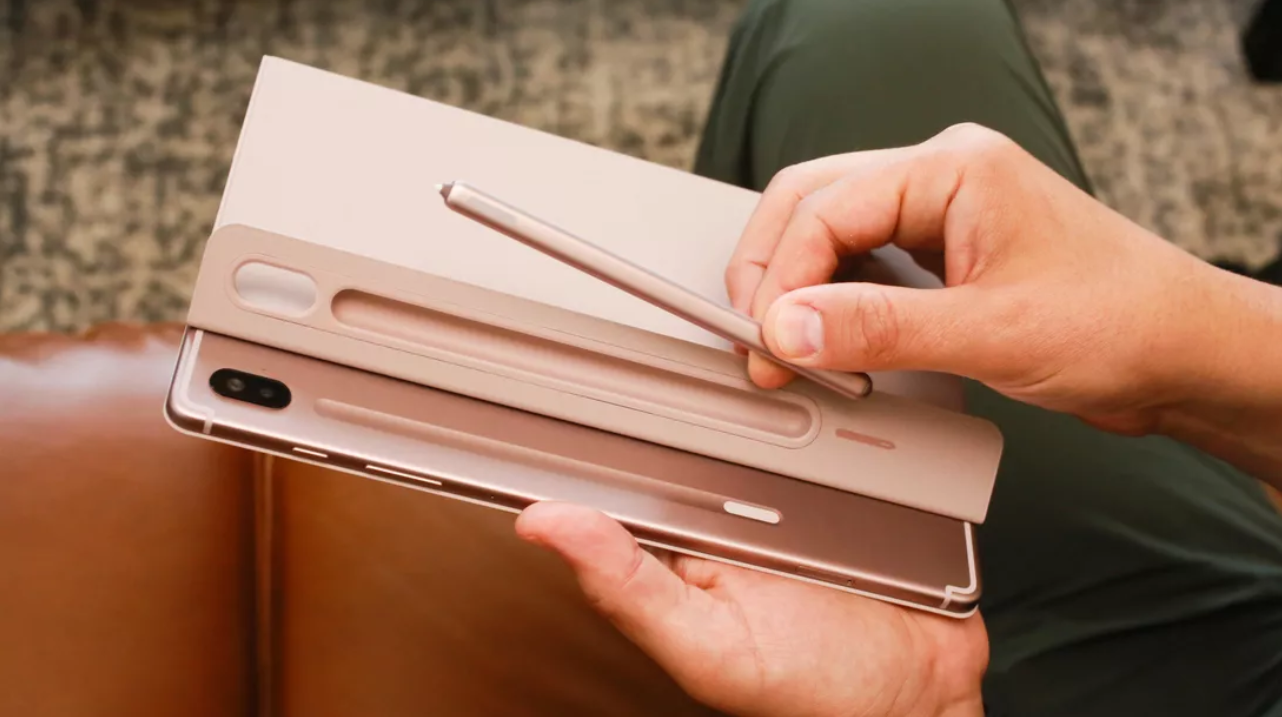 In addition, the S Pen doubles as a multimedia player or remote control when taking pictures. The Samsung Galaxy Tab S6 supports Samsung’s DeX function. With the keyboard case, it can become a more efficient personal computer. For security, the Samsung Galaxy Tab S6 uses on-screen fingerprints, making it the first tablet to use this technology.

Samsung did not say anything about the price or availability of this tablet. However, it will be available in mountain grey, cloud blue and rose red.

Via | Some Image Source