Is it better to have a big smartphone that bends and gets bigger or smaller? Personally, given the considerable size that most smartphones have reached. With 6.5″ diagonals and more, I would prefer a device to be held more comfortably in the pocket. As well as being not too difficult to use with one hand.

Currently, both Samsung and Huawei, in addition to the Royole FlexPai that has already arrived in the hands of those who had purchased it during the launch phase, have chosen (so far with poor results) the first solution. Motorola, on the other hand, also thanks to the “iconic” design of its successful RAZR range a few years ago, would have opted for the second solution. A sort of “clamschell” with a large internal display and a small external one for notifications and essential information. 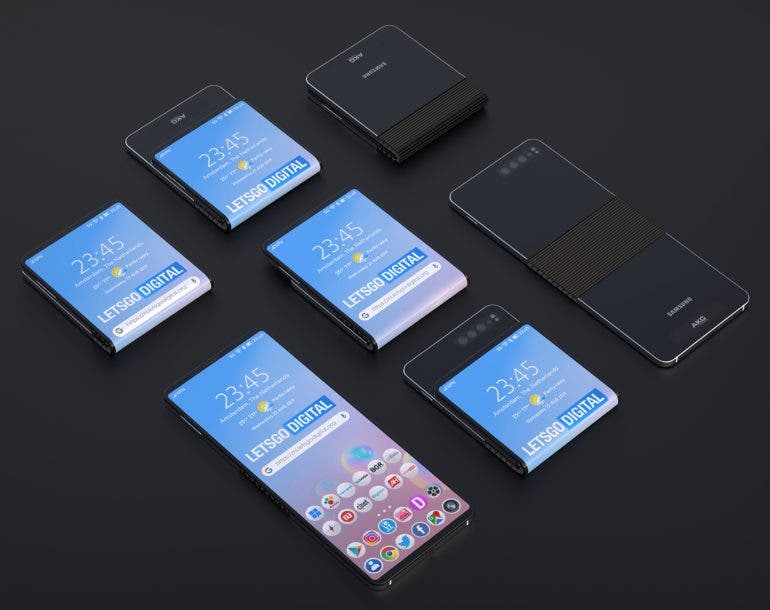 Samsung would also think of a similar design for its second-generation foldable phone. To give further credit to this indiscretion circulated last month, today also a patent requested by the Korean company arrives on January 31st and published on the USPTO website on August 8th.

Unlike the Motorola solution, the one designed by Samsung provides a large display that folds at different points on the horizontal axis while remaining external. Bending in several points, various degrees of overlap of the two parts are possible. So as to leave, for example, the camera or a speaker turned towards the user. With the interface that would follow this positioning, adjusting itself accordingly. 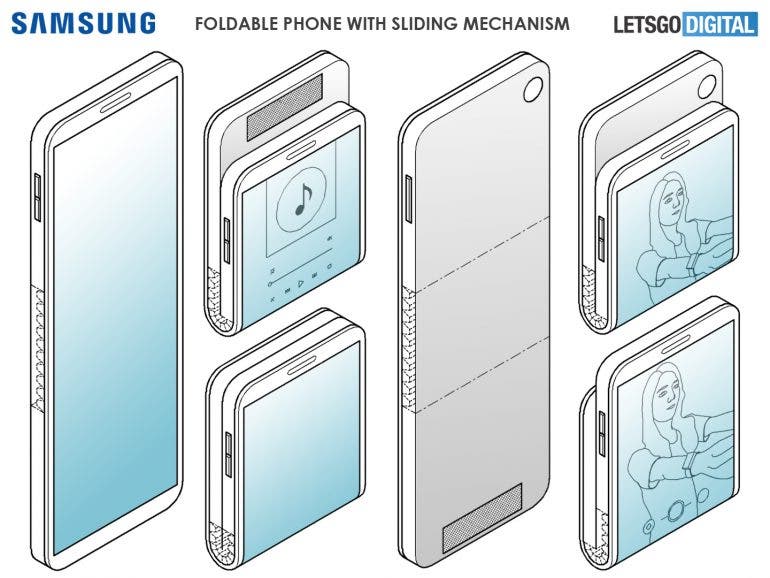 Bending, judging by the images in the patent document would seem possible only externally, thus leaving the display exposed. In its renderings, however, Let’sGoDigital has also hypothesized the possibility of an internal folding to protect the screen when placed in a pocket.

This patent, obviously, does not confirm that the device Samsung is working on is actually like this. Likely, as always, this is just one of several prototypes and designs under development. It is certainly early for IFA 2019. But we hope to see some news next year at the Mobile World Congress 2020.