Today, MIUI officially announced that it will release the last MIUI 10 development version 9.8.29 on August 30th. This technically means that its latest MIUI 11 is coming soon.  According to reports, MIUI 10 focuses on “full screen” and “smart” features. Now that the MIUI 10 era is coming to an end, we look forward to the arrival of MIUI 11. 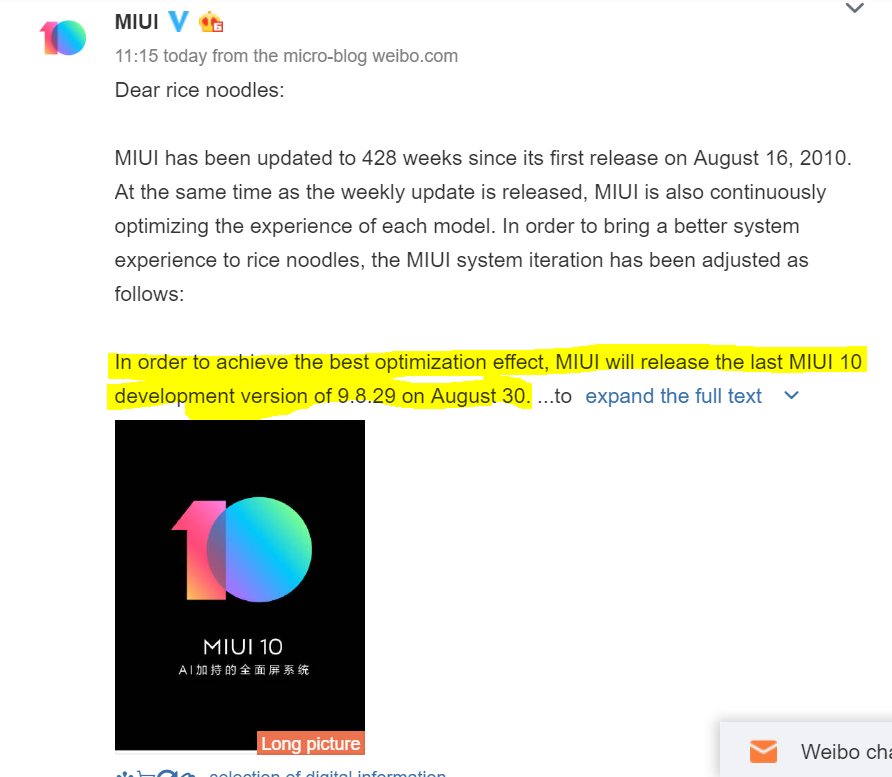 According to previous reports, MIUI 11 will come with many amazing feature. Most recently, we got reports that it will debut the inter-finger calls. This is a feature which translates voice to text in real-time during a call.

In addition to a much better UI design and optimization, MIUI 11 may also add features such as ultimate power-saving mode, global dark mode, and automatic deletion after screenshot sharing.

Not long ago, the general manager of MIUI, Jin Fan, kicked off a contest to celebrate MIUI’s 9th anniversary. The event date is September 5th and there are speculations that MIUI 11 will be released on that date. The annual major version update has become the tradition of MIUI, so this year’s MIUI 11 will bring a new experience to Xiaomi & Redmi device. We will have to wait for a couple of weeks to see the final features that make this system.

Next Elephone A6 Max Giveaway is afoot, here's how to enter