Korean smartphone maker – Samsung earlier this month updated the lowest end of its Galaxy A range of budget smartphones with the unveiling of the Galaxy A10s -an incremental upgrade over the A10. There were reports that more incremental variants are in the offing, and today, the mobile phone giant has unwrapped the Galaxy A50s and Galaxy A30s. These device, much like the A10s are mere incremental upgrades of the respective devices, but with upgrades that are noteworthy.

Most of the upgrades come are mostly in the camera department, although the rear has also been overhauled to now include an appealing geometric pattern and holographic effects that are painted in Prism Crush Black, Prism Crush White, Prism Crush Green, and Prism Crush Violet2.

Samsung has also extended the Galaxy A50s design and color variants to the Galaxy A30s. So you get the same striking geometric pattern and holographic effects as with the A50s. The design notwithstanding, the device also receive a few camera uplifts, while gaining a new in-display fingerprint scanner. 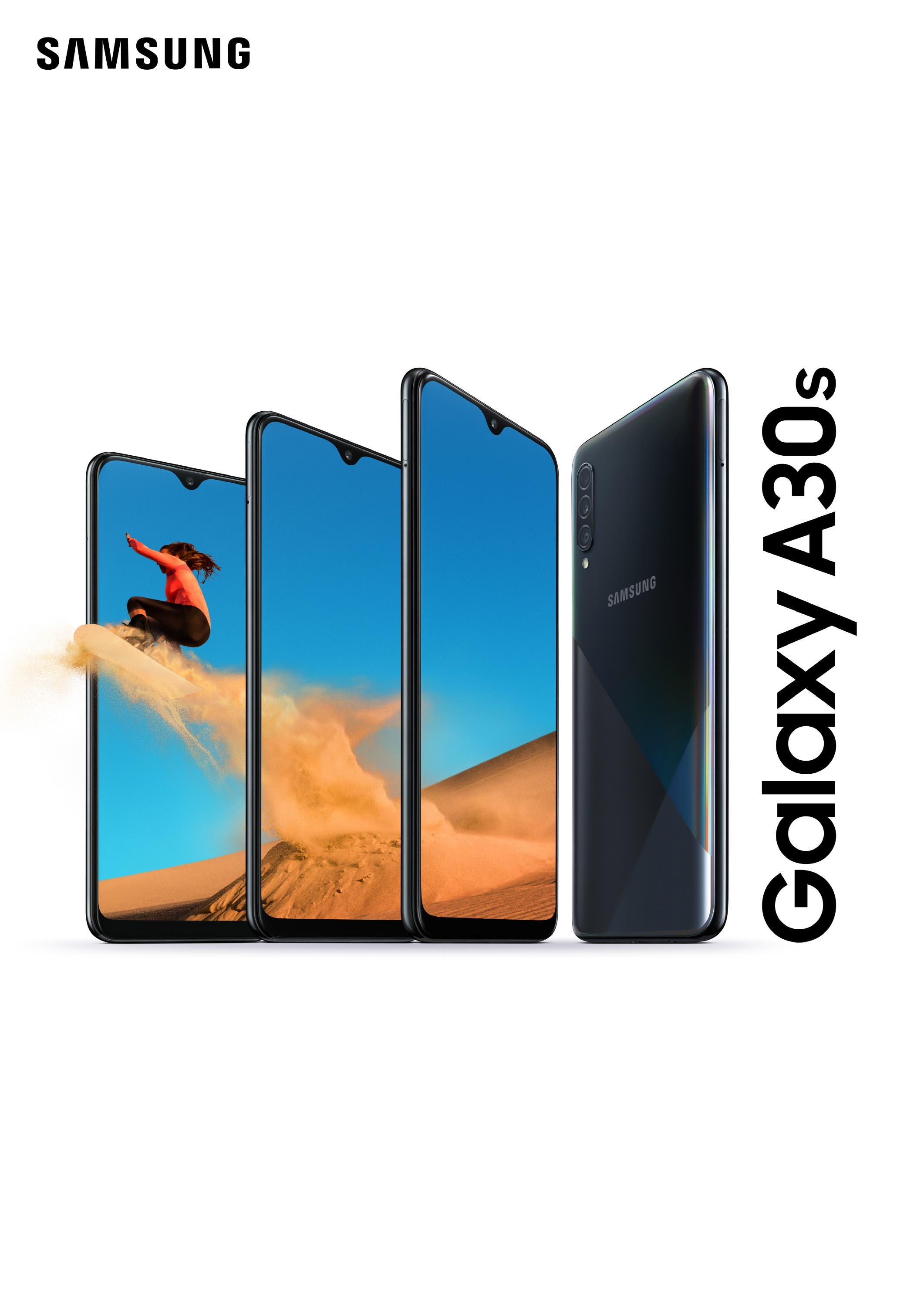 The Galaxy A30s now feature a triple camera setup – up from the dual setup on the A30. While it retains the 16MP sensor on the A30, the device gets the same triple cameras on the Galaxy A50 – a 25MP main sensor, 8MP ultra-wide lens, and a 5MP depth sensor. Other specs are virtually the same, and that includes a 6.4-inch HD+ Infinity-V display, Exynos 7904 SoC, a 4,000 mAh battery with 15W fast charging.  The device is available in 3GB/4GB RAM options, while it gains an additional 128GB storage options in addition to the 32GB and 64GB variants.

Samsung has yet to release the pricing and roll out details, though we suspect both devices will be showcased at the upcoming IFA 2019.