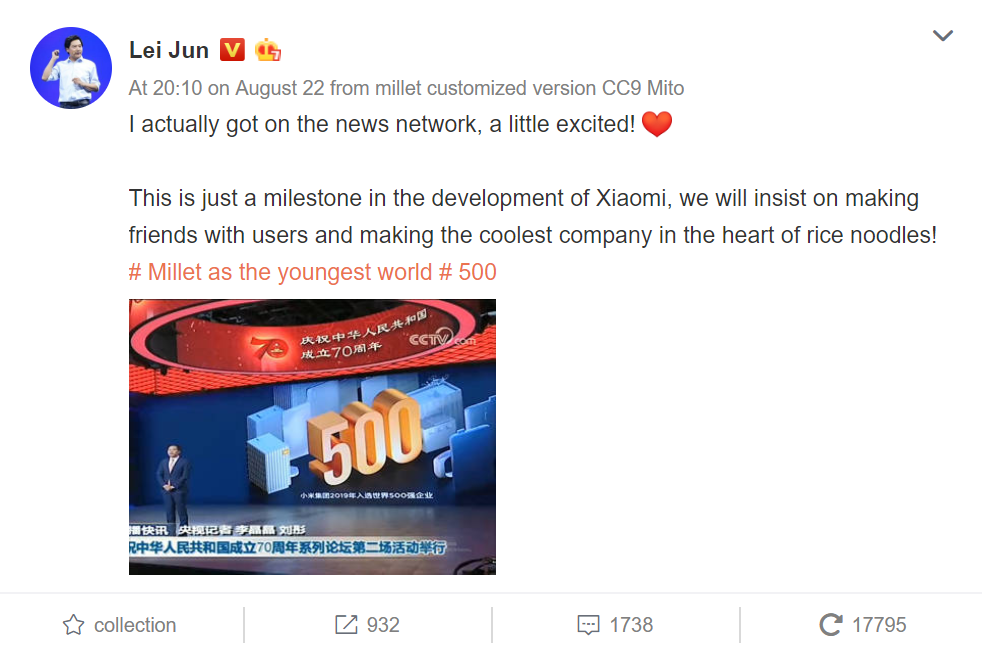 Lei Jun made the statement while celebrating the 70th anniversary of the People’s Republic of China. From what we already know, the Xiaomi Mi 9S has gotten TENAA’s approval. The main difference between the Mi 9S and Mi 9 is that the former supports 5G network. In addition, the Mi 9S will come with a larger 4000 mAh battery and the body thickness is 8.95mm. The overall shape and design will not be much different from the Xiaomi Mi 9 4G version. 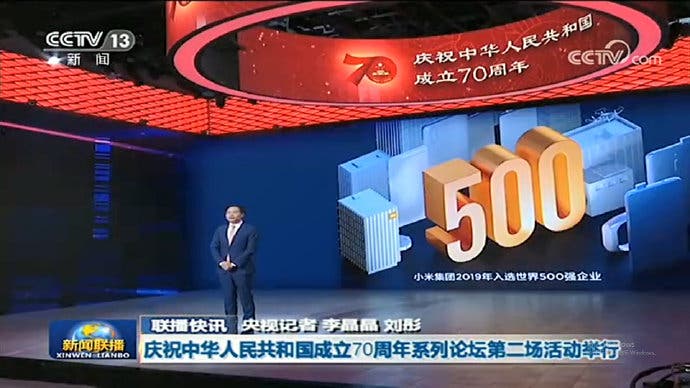 Lei Jun said that 5G is a major opportunity for smartphone companies. Xiaomi began preparing for the pre-research of various 5G technologies three years ago. Now, 5G is just beginning and Xiaomi’s 5G network will be laid in the second quarter of next year. The popularity of 5G terminals become available on a large scale.

Next Ren Zhengfei: The US is hurting itself by restricting Huawei