Xiaomi backed Redmi brand recently confirmed that it is holding a media event for the launch of the Redmi Note 8 and Note 8 Pro on August  29. We have seen quite a number of teasers pointing to the Redmi Note 8, and while the entire specs sheet has yet to be revealed, the biggest we could glean from the teaser so far is that the Note 8 and Note 8 Pro will both launch as a camera/photo, and of course gaming-focused smartphones.

MediaTek earlier this week confirmed that the device will come with the Helio G90T which is a gaming  SoC, and now we’ve got more confirmation that the device will indeed get be geared toward mobile gaming. The latest hint comes via the Redmi Weibo account where the brand announced  a partnership with World of Warcraft, obviously for the upcoming Note 8 series. World of Warcraft is a multiplayer online role-playing game (MMORPG) released in 2004 by Blizzard Entertainment. 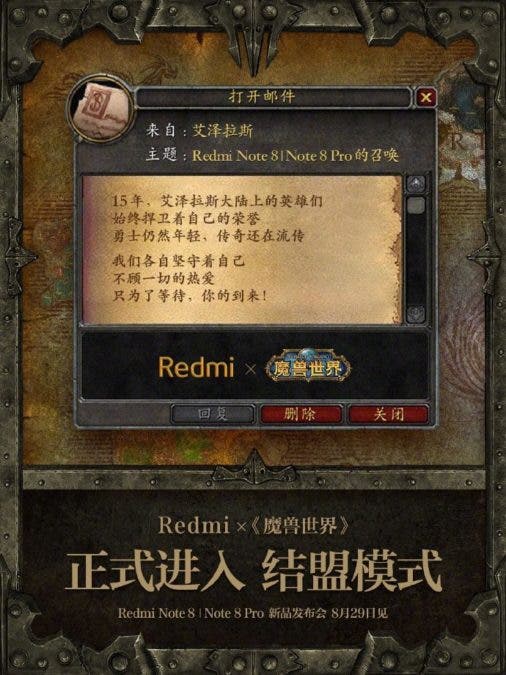 While we are not sure what the partnership is all about, we are pretty sure it has one or two things to do with the upcoming Redmi Note8 and Note Pro. Possibly, the brand has a special edition Redmi Note8 model, exclusive themes and wallpapers, or even a mobile version of World of Warcraft.

“In 15 years, the heroes on Azeroth have always defended their honor. The warriors are still young. The legend is still circulated. We all stick to our own desperate love just to wait, your arrival!”

Further confirming that the Redmi Note8 series will be geared towards mobile gaming, the company earlier today confirmed the Redmi Note 8 will come with a liquid cooling feature. This according to the company will keep the phone about 4- 6 degrees cooler for longer gaming session without a drop in performance. 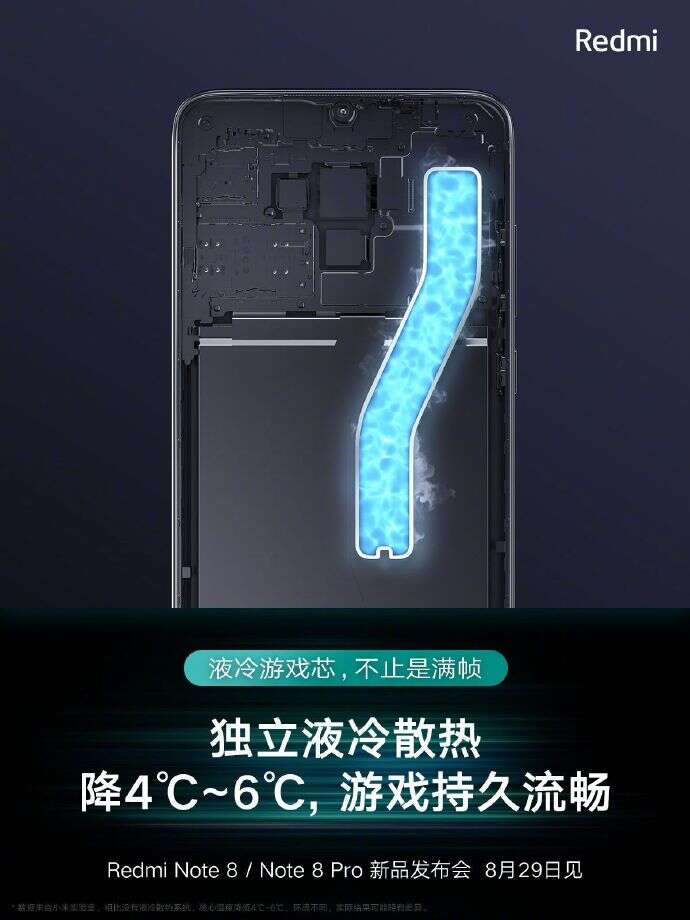 The Redmi Note 8/ Note 8 Pro is all set to launch as the firm’s first 64MP camera smartphone. The firm recently confirmed that the device will come with 25x zoom with “hair level” clarity. We are still a few days away from the official launch, and that means more teasers will follow.