Today, Lu Weibing, vice president of Xiaomi Group and general manager of Redmi brand, announced that Redmi Note 8 Pro will be equipped with the world’s first game platform, MediaTek G90T, which the company calls “game core”. According to him, the AnTuTu benchmark score for the Note 8 Pro is 283,333 points. This is significantly higher than the 214,739 points by the Snapdragon 710. However, this chip falls short of the Kirin 810 which scores 301,419 points.  The test was done with AnTuTu’s latest v8 version and some people believe that this version gives higher scores. 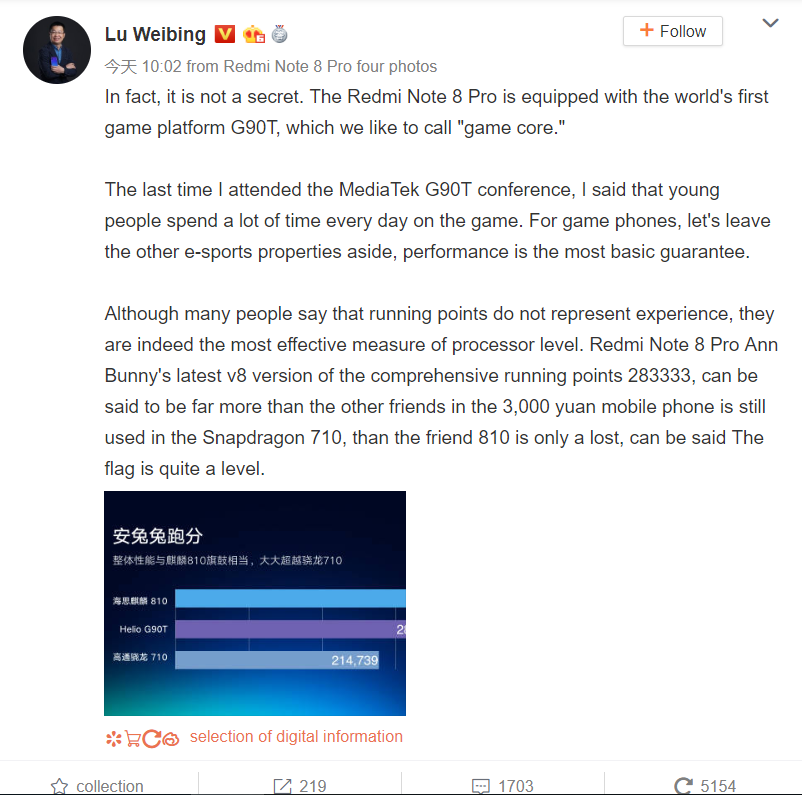 The MediaTek G90T uses the 12nm process technology. It consists of two ARM Cortex A76 large cores and six ARM Cortex A55 small cores. The GPU is Mali-G76 with a frequency of up to 800MHz. In addition, the Helio G90T has a built-in dual-core APU. With this, it can offer 1TMACs AI computing power. It supports 21:9 aspect ratio display, 90Hz refresh rate, HDR10 standard, UFS 2.1 storage and up to 10GB of LPDDR4X RAM. More importantly, MediaTek Helio G90T is the world’s first chip to receive TÜV Rheinland mobile online gaming experience certification. 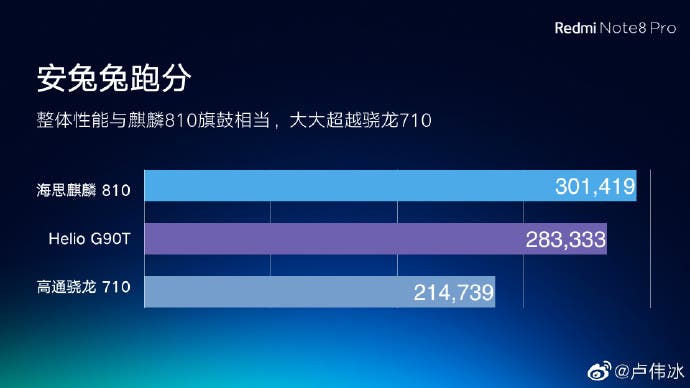