Oppo is one of the brands that sell the most phones globally. A few months ago, it presented its new sub-brand, Reno, with competitive terminals and a good price. We have already known for a while that before the end of the month, the Oppo Reno 2 Series will be presented, with up to three new phones that are leaking little by little.

This week we brought you most of the features of each of the new phones that Oppo will present, although there are still enough details to know about these Oppo Reno 2. Today a series of images that compare the characteristics of Oppo Reno 2, 2Z and 2F have been filtered, so we can know some more specific details about them.

Oppo Reno phones got attention at the beginning by having a pop-up front camera with a rather peculiar design with respect to what we already knew. They were the first and at the moment the only ones to have the “shark fin” format. This year, all models of the Oppo Reno 2 series will feature pop-up front cameras, but only the normal model will have the shark fin format, while the Reno 2Z and the Reno 2F will bet on a normal pop-up camera, but placed in the central part 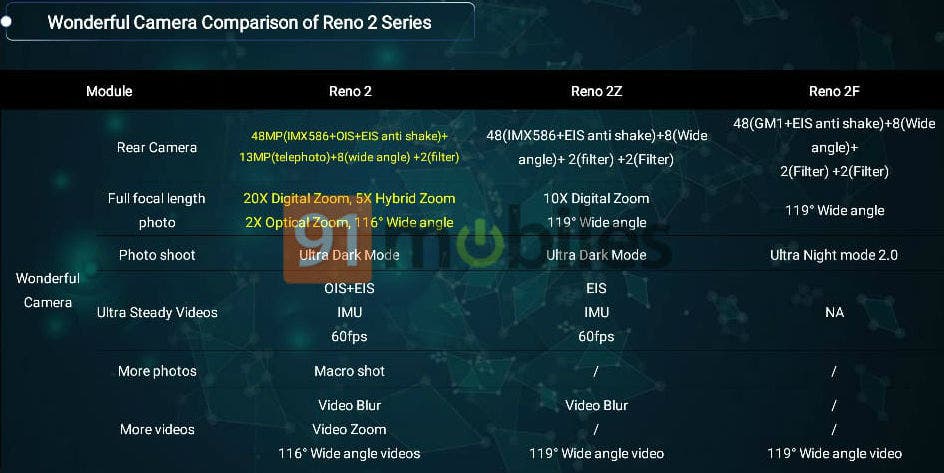 Oppo Reno 2 specs (according to the leaks)

Oppo Reno 2Z specs (according to the leaks)

Oppo Reno 2F specs (according to the leaks)

The truth is that the three models that Oppo is preparing are very interesting, especially the normal Oppo Reno 2 with the Snapdragon 730G processor that allows you to have better gaming performance. 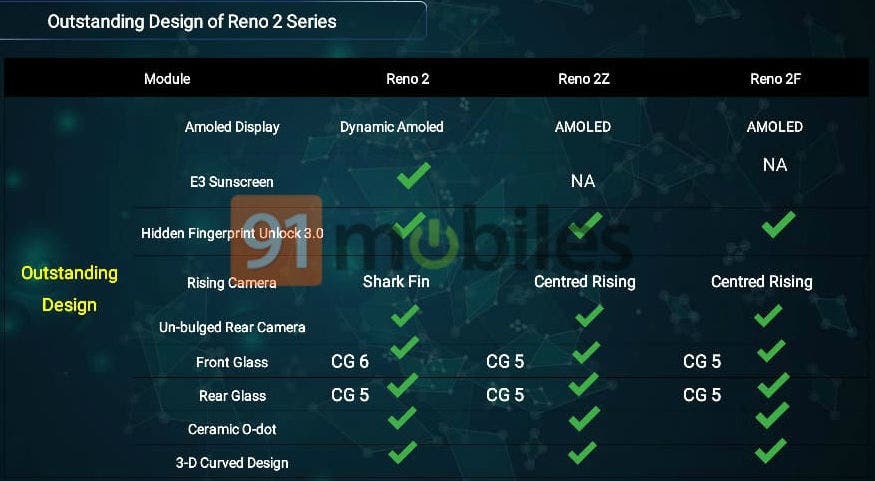