In a few days, we will experience the launch of the Redmi Note 8 series which would be the talk of the day. With the arrival of the Note 8 series, it is expected that the brands latest flagship, Redmi K20 series will drop its price. Now, Xiaomi s has officially announced that the Redmi K20 8GB+256GB version has gotten its first-ever price cut. 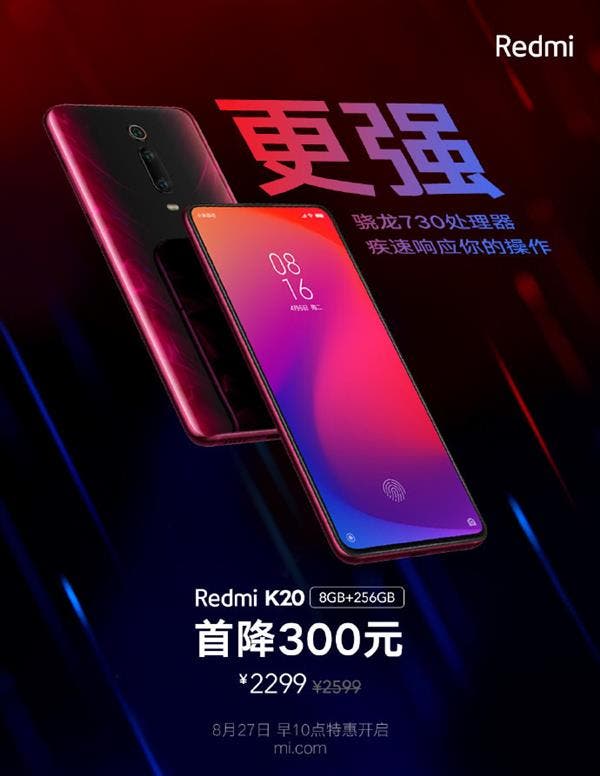 In addition, Lu Weibing disclosed that the Redmi K30 series will support the 5G network. This confirms that there will be a Redmi K30 series but this smartphone should arrive sometime next year. It could also be the first mid-range 5G smartphone to hit the market. As of now, the cheapest 5G smartphone is iQOO Pro 5G whose starting price is less than $550.