This year, Honor has already launched various smartphones globally as well as in its homeland China. Well, the Chinese smartphone maker still has few surprises under its sleeves. It seems like the brand is getting ready for its new smartphones expanding its portfolio even further. We now have details on two unknown and yet-to-be-launched Honor devices thanks to the recent report by 91Mobiles. Both the smartphones appeared on TENAA for benchmarking giving us almost every key detail on them. 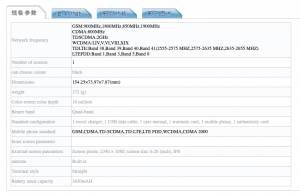 A new Honor smartphone surfaced on the TENAA listing with a model number YAL-AL50/TL50. If recent speculations are to be believed, this unknown smartphone might be a new variant of Honor 20-lineup. This speculation seems pretty strong considering the specs sheet of the device. As per the listing, this new device features a 6.26-inch display having a resolution of 1080×2340 pixels. Under the hood, the smartphone is powered by an octa-core chipset clocked at 2.6Ghz. Although there is no word on the processor model or maker. In terms of variants, the device will come in three RAM options namely 6GB, 8GB, and 12GB. These RAM variants will be paired with 128GB and 256GB of internal memory. We’re expecting the 12GB RAM variant to feature the 256GB onboard memory while the rest will make use of the lesser 128GB option.

For imaging, there is a triple camera module consisting of a primary 48MP sensor, 8MP secondary and 2MP third sensor. For selfies, there is a 32MP front snapper on the front. This is the same camera sensor that is present on the regular variant of 20-series. All of these is fueled by a 3,750mAh battery that might support 20W fast charging. As expected, Honor 20 new variant will run on Android 9.0 Pie based on EMUI custom skin. The device has 154.25 x 73.97 x 7.87mm dimensions and weighs around 172g. Another previous report suggests that the device will, in fact, be called by Honor 20 SE moniker. 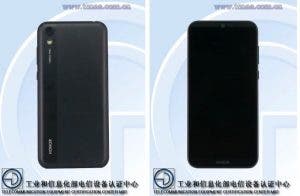 Another device which appeared on TENAA comes with a model number KSA-AL10. This smartphone, on the other hand, might be the pro variant of Honor 8S. On the contrary, it could also be the next-generation Honor 9S altogether. Keeping that ambiguity aside for a while, the listing revealed few specs of the device. As per the leak, this particular model features similar design and specifications (somewhat) as that of the previously-launched Honor 8S. Honor KSA-AL10 (or Honor 8S Pro or Honor 9S) sports a 5.71-inch HD+ panel with a teardrop notch. The device will run on the octa-core chipset clocked at 2.0GHz and by the way, it is not the Helio A22 that’s for sure.

There is a single 13MP primary sensor at the back accompanied by an LED flash. For selfies, there is a 5MP front snapper housed inside the notch. The smartphone will arrive in two storage options – 2GB+32GB and 3GB+64GB. Also, the device will support the external MicroSD card. All of these is backed by a smaller 2920mAh battery packed inside. The phone measures 147.13 x 70.78 x 8.45 mm and weighs 146 grams.

When it comes to pricing and availability, we still have no solid information since the device has not leaked previously. Although the TENAA certification does indicate that the launch is right around the corner. Both the devices will first make its way to the Chinese market most likely and will then head over to the global market. We’re expecting more information to come forward in the coming days. As always, we’ll keep you updated no matter what.