We already know that Honor is gearing up to add a new device for its Honor 20 series. The device will be known as Honor 20S and has paid a visit to Google Play Console database. The new leak, reveals that unlike its siblings that have a punch-hole, the Honor 20S will opt for a more traditional waterdrop notch. 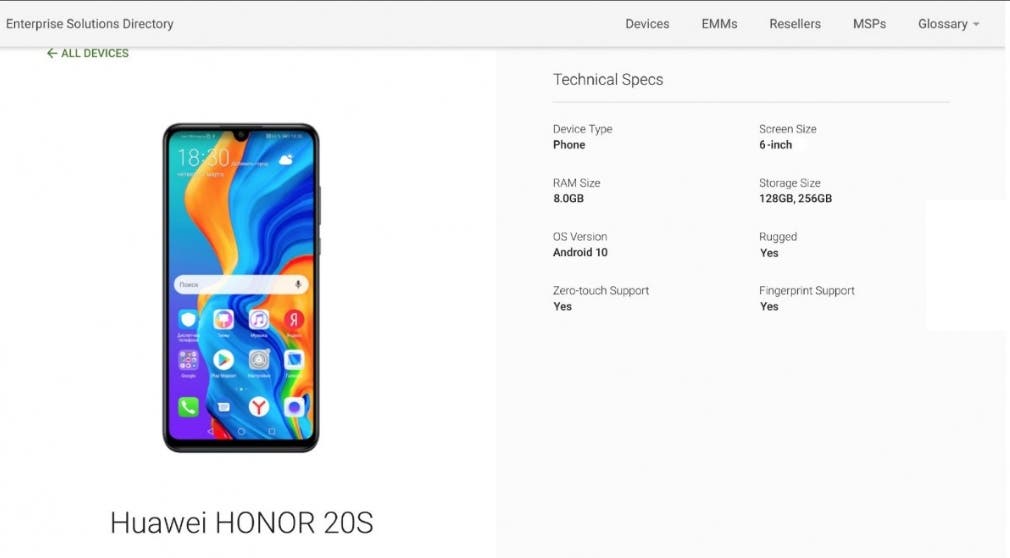 The new smartphone boasts a 6-inch display that will probably have an FHD+ resolution. It will come with a powerful Kirin SoC, probably the Kirin 810 paired with 8GB of RAM and 128GB/256GB of Internal Storage. The Google Play listing also reveals that the handset will ship with Android 10 straight out of the box. Moreover, the fingerprint scanner is also present here, however, we can’t see where it is located.

One time that both Honor 20 and 20 Pro had side-mounted scanners, early reports suggested that the 20S would use the same placement. However, new speculation is pointing that the 20S will be the first of Honor 20 series to ship with an in-display fingerprint scanner.

As aforementioned, the Honor 20S will ship with the relatively new Kirin 810 chipset which sits in the “premium-mid-range” category. Furthermore, rumors point that this handset will ship with a Quad-Camera setup. Of course, with the device’s details popping out everywhere, we shouldn’t be too far from the release. Stay tuned for more details in the coming weeks.

Previous Huawei phones could have accessories similar to Moto Mods