Update: It’s actually a 64MP camera. According to a report, the 6,400mAh battery info was mistakenly translated, and the “6400” in the box actually describes the 64MP camera that is coming on the upcoming handset.

The Vivo NEX 3 will become official in the next month, however, Vivo went ahead today by revealing a video teaser of the smartphone. Thanks to the video we got a glimpse of the so-called Waterfall display as well as the double pop-up cameras and the circular triple-camera array on the rear. Now a new leak surfaced detailing some interesting details about battery and fast-charging capabilities. 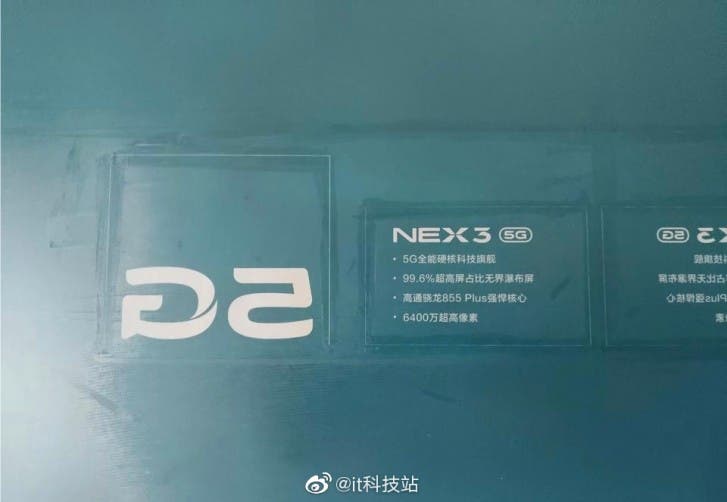 According to the new leak, the Vivo NEX 3 will come with a massive 6,400mAh battery. This huge amount of juice will be charged by the company’s 120 SuperFlash Charge feature. If the new leak is accurate, then the NEX 3 will be the first handset to support Vivo’s new standard. The leak came from Weibo, showing some details about NEX 3 specs and some of the alleged specs.

The Vivo NEX 3 is said to come with a 99.3% aspect ratio screen-to-body ratio. We don’t need to say how impressive is this achievement, and it will set a new trend of “waterfall” displays. The flagship will boast the overclocked Snapdragon 855+ that will surely benefit from the massive 6,400mAh battery. 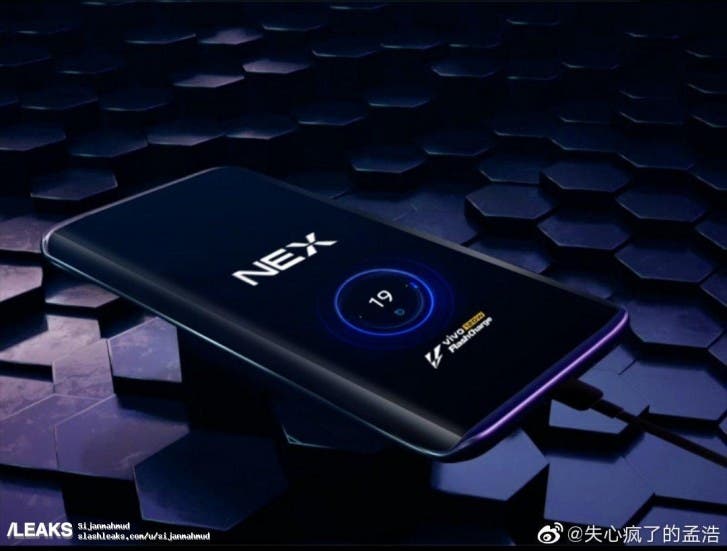 The SuperFlash Charge standard can charge a 4,000mAh battery in just 13 minutes. However, we are curious about how it will perform in real life. Will the overall number of charge cycles decrease? How much heat will the phone/adapter generate while charging? While the leak suggests 120W SuperFlash Charge standard, the Weibo post also mentions 44W charging. So at this point, it’s better to digest this news with a pinch or two of salt. Could the Vivo NEX 3 support both charging modes dynamically? 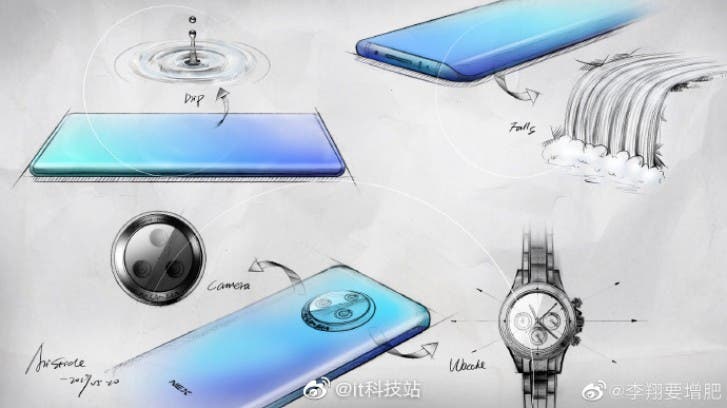 Moreover, there’s a small sketch with drawings of the phone next to a waterfall and a watch. The Waterfall obviously makes an allusion to the display and its curved edges. The watch, however, reflects the rear camera’s array which resembles a watch face. The remaining details about the handset are yet to be confirmed, thankfully we won’t need to wait much longer since the launch will happen in the next month.