If this year things were hard for Huawei, in the last year, ZTE was the company which suffered most. The Chinese firm had to stop its operations after a US ban prohibited it from sourcing hardware, components, and software from Uncle Sam’s country. The company violated US sanctions against Iran. Thankfully, the ban was reverted, but ZTE suffered great damage reporting big losses. A whole year has passed since the issue, and ZTE is back in action with its latest ZTE Axon 10 Pro.

After a good reception in China and Europe, the company is bringing the flagship to the U.S market. The Axon 10 Pro is now available for pre-order over at zteusa.com and B&H retailer. However, shipments will only start in early September. The asked price is $550.

Considering how expensive flagships are these days, the Axon 10 Pro really seems like an affordable offering. The flagship boasts Snapdragon 855 chipset, a large 6.47 inch AMOLED FHD+ display and a triple camera setup comprising a 48MP main + 8MP tele + 20MP ultra-wide sensors. The basic model ships with 8GB of RAM and 256GB of Internal Storage. There is a variant with 12GB that costs an extra $50. If you need more storage, there is a microSD slot in the package. 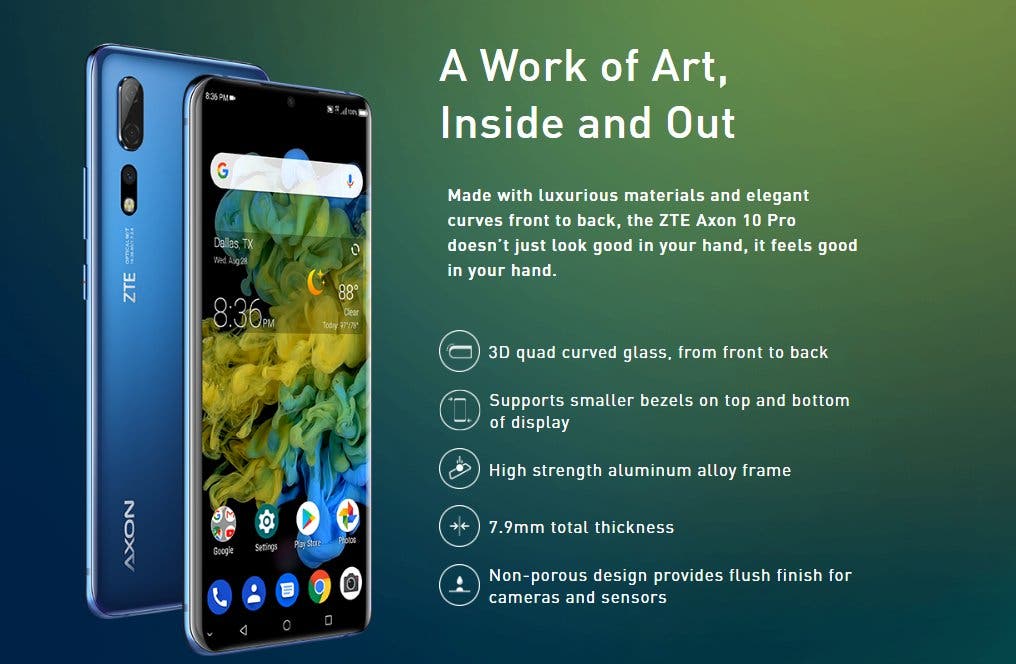 The handsets ships with Android 9 Pie straight out the box and ZTE promised to deliver Android 10 update until the end of the year. According to reports, the next version of Android ships in the next month. So, we hope to see Axon 10 Pro among the first devices running the new version of the green robot OS.

ZTE Axon 10 Pro is compatible with AT&T and T-Mobile. Worth noting that this isn’t the 5G model, which recently launched in China and Europe.

Next Motorola One Zoom live images with four cameras