This morning, a new official poster from Realme shows that it’s upcoming Realme Q will use a Qualcomm Snapdragon 712 SoC. In addition, the poster also confirms that this smartphone will arrive on September 5. 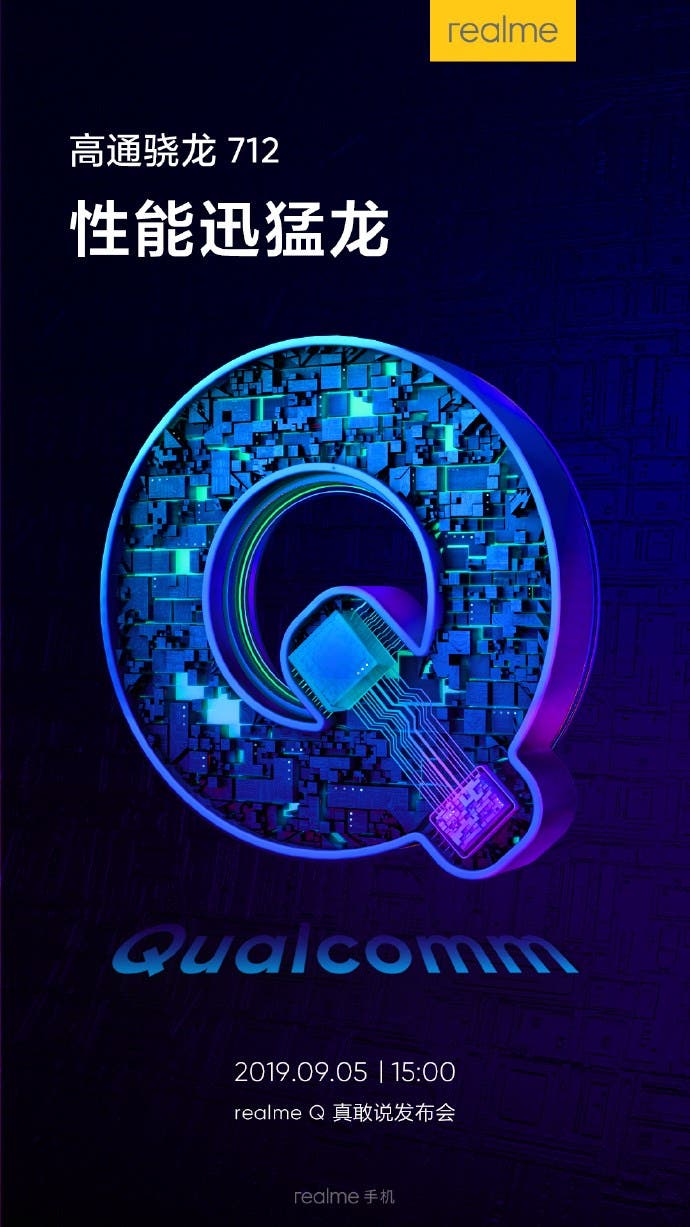 The Realme Q series comes with a quad-rear camera setup. Realme already have some quad-rear camera phones like Realme 5, Realme 5 Pro and Realme XT. These smartphones made their first appearance in India.  We are not entirely sure if the Realme Q series will be a global series or just one exclusive to the Chinese or Indian market. Rumors, however, suggest the new Realme series might be the Chinese variants of the recently unveiled Realme 5 series. And if that pans out, then we could expect the brand to launch the Realme 5 and 5 Pro in China as the Realme Q and Q lite.

The Realme 5 comes with a Qualcomm Snapdragon 665 SoC. In the camera department, it has a 13MP selfie camera coupled with a 12MP+8MP super wide-angle + 2MP macro + 2MP depth of field quad rear camera setup.

As for the Realme 5 Pro, it boasts of a Qualcomm Snapdragon 712 processor. It has a 16MP front camera while the rear has a 48MP IMX586 main camera + 8MP super wide-angle + 2MP macro + 2MP depth of field quad rear camera setup.