Its been just a few weeks since VIVO announced the VIVO Z5 in China, and is only just leaving the shores of the country. But what next after the Z5?. The Z6 apparently, but it appears that might not be happening, as indications have emerged that the VIVO Z6 might see the light of the day. Instead, the brand might launch the VIVO Z7 and VIVO Z9.

A recent report from China says the brand has trademarked the names of two of its upcoming smartphones – the VIVO Z7 and Z9. However apart from the names, not much is known about these devices. However, it is more or less certain the devices will take it up a notch from the Z5. The Z5 launched earlier in China with an in-display fingerprint scanner, and a triple camera setup up,  so it is expected that the VIVO Z7 and VIVO Z9 will embrace the latest Quad-camera trend. Of course, it is a bit too early to speculate, given that the Z5 is only just hitting the shelves, so we might have to hold our breath. 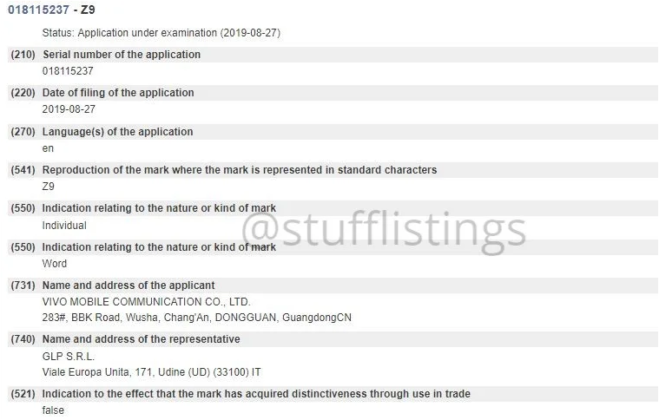 Just recently, VIVO confirmed it will be holding a launch event on September 6th in India. At the event, the Chinese phone maker is tipped to announce the VIVO Z1X for the local market. Speaking of the Z1X, words on the street say the device could be rebranded version of the Z5 for the Indian market. 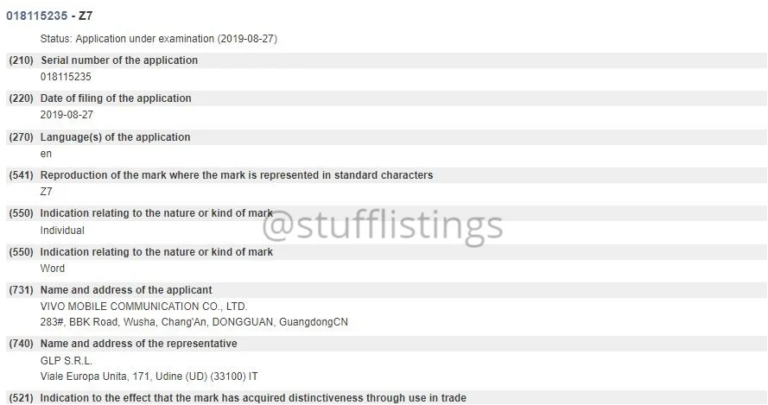 Other than sharing a few details like the notched display, UD fingerprint scanner, triple camera, and FlashCharge support, VIVO India has so far refrained from revealing further details about the Z1X.