Zen Mode was introduced for the first time on the OnePlus 7 and 7 Pro. To then arrive on older devices. But from today it will be available for download from the Play Store. The reason for this choice by the manufacturer lies in the desire to make the distribution of updates simpler and faster.

The version of Zen Mode currently available on the Play Store is only compatible with OnePlus 7 and 7 Pro. Therefore the owners of previous models will have to wait a little longer. Before being able to install or update the app from the Google store.

We remind you that the Zen Mode app was designed to help users “dedicate time to themselves”. Once activated, it will only be possible to make emergency calls, receive phone calls and use the camera, while social apps, SMS and similar services will be banned for a variable time interval (20, 30, 40 or 60 minutes). 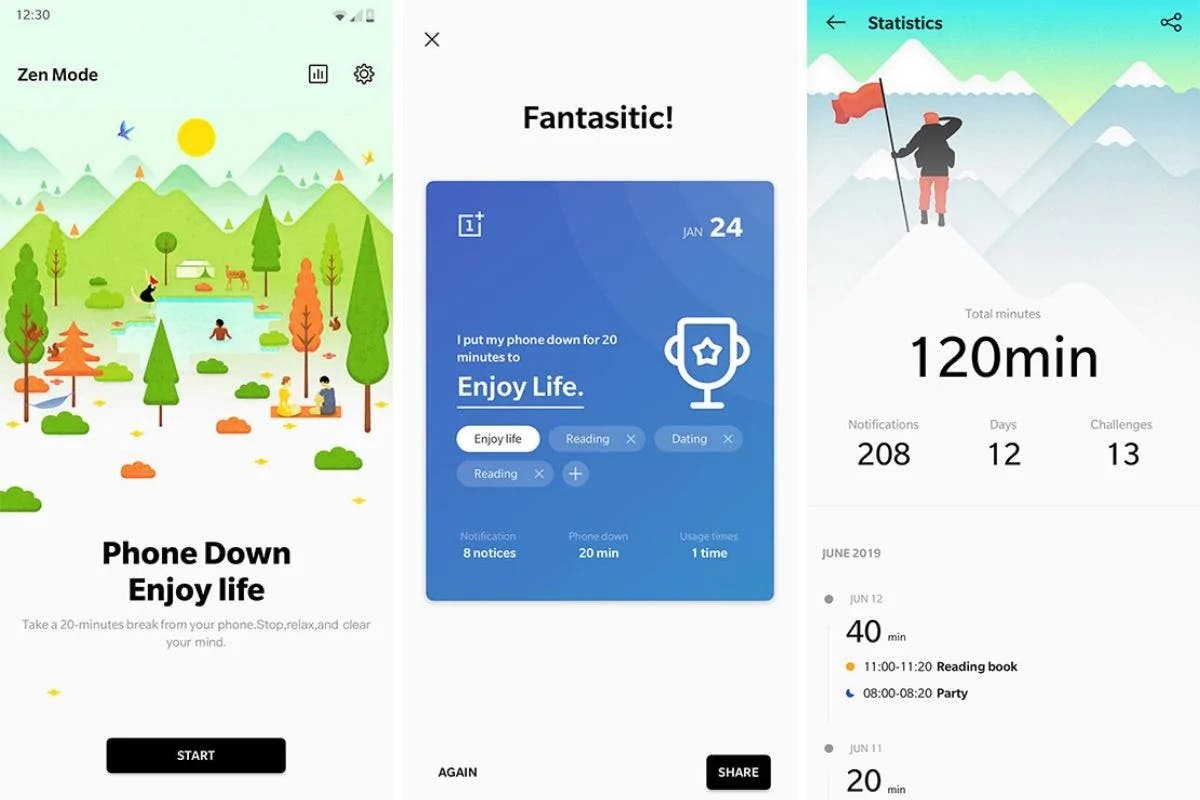 It is worth to mention that according to some reports, OnePlus is preparing to introduce the upcoming Android software to its 7-series lineup much sooner than we expected. The company might launch the Android 10 software for its recently launched OnePlus 7 and OnePlus 7 Pro devices on the very same day as Pixel phones. This will make it the first OEM manufacturer to do so.

Once the OnePlus 7 and OnePlus 7 Pro receives the update. We can expect the OnePlus 6 and 6T to be the next one in the list. The smartphone maker is also expected to launch OnePlus 7T and OnePlus 7T Pro this month. And we might see it flaunting the latest Android 10 out-of-the-box.

Next Sony Xperia 2 design is revealed before its presentation