Everyone knows OnePlus strategy that consists of making two launches throughout the year: a flagship in spring and its iteration, surnamed “T”, after the summer, facing the Christmas campaign. That is why, shortly after the announcement of the OnePlus 7 and the OnePlus 7 Pro, rumors began around their successors.

The company is expected to hold an event in New Delhi on September 26 to present them. But as usual, the next OnePlus models are undergoing numerous leaks that anticipate their design and features. We have already seen, for example, some renders of both the OnePlus 7T and the OnePlus 7T Pro. And we even know several features of the first one. Now it is the turn of the second, the most advanced, which, it seems, will not incorporate major changes compared to its predecessor. 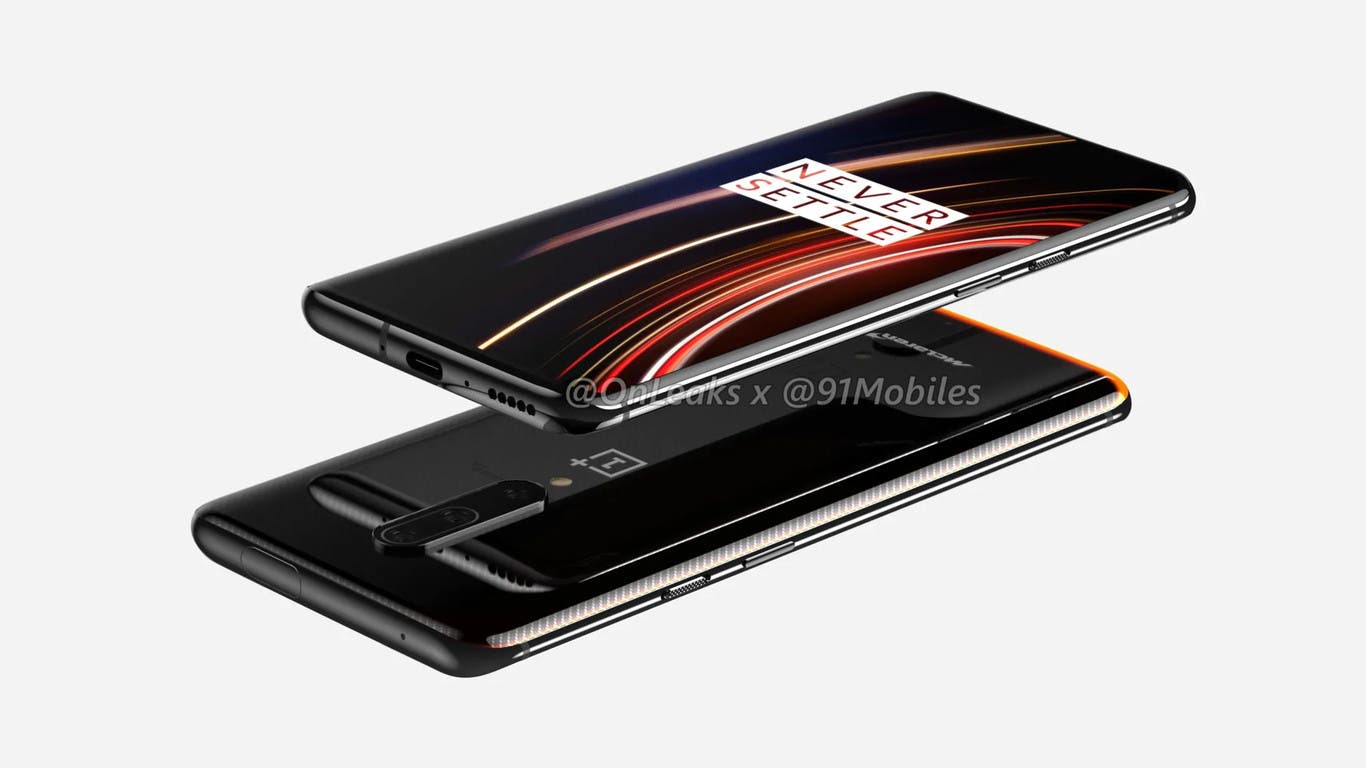 Last week, OnLeaks, one of the best-known leakers in the mobile industry. Has published some renderings that showed the possible final design of the OnePlus 7T Pro and 7T Pro McLaren Edition. Unlike the OnePlus 7T, the Pro model would not have the circular lens module. We find an exterior look quite similar to the current OnePlus 7 Pro and its McLaren edition.

These images show a rear camera with triple sensor module aligned with the LED flash and the OnePlus logo. And a screen without a notch. Since the front camera would be housed in a pop-up mechanism in the upper left corner. According to OnLeaks, the panel would have a diagonal of 6.67 inches, 2K+ resolution and a refresh rate of 90 Hz, just like the OnePlus 7 Pro.

Now, another well-known leaker of the sector, Ishan Agarwal, has stated on Twitter that the OnePlus 7T Pro will also be quite similar to its predecessor in terms of technical specifications. But will be powered by Qualcomm’s Snapdragon 855+ chipset and the new Google operating system version, Android 10.

He also states that it will include a 4,080 mAh battery with a fast charge Warp Charge 30T. Which will allow to obtain a full charge in just 65 minutes and reach 50% in just 20 minutes. As for the camera, according to Agarwal, the OnePlus 7T Pro will have a new macro mode. Alongside the support for video recording in HEVC format and hybrid image stabilization.

Next Huawei Watch GT 2 will use a larger battery, built-in speaker and microphone