As we have heard in the recent months, the Google Pixel 4 will feature Motion Sense technology based on Project Soli, a Google project that aims to manage the interface through gestures without touching the screen.

However, according to the Pixel 4 Best Buy page, Motion Sense functionality will not work in Japan. As we can read, Google will enable this functionality in the United States, Canada, Singapore, Australia, Taiwan and “most European countries.” 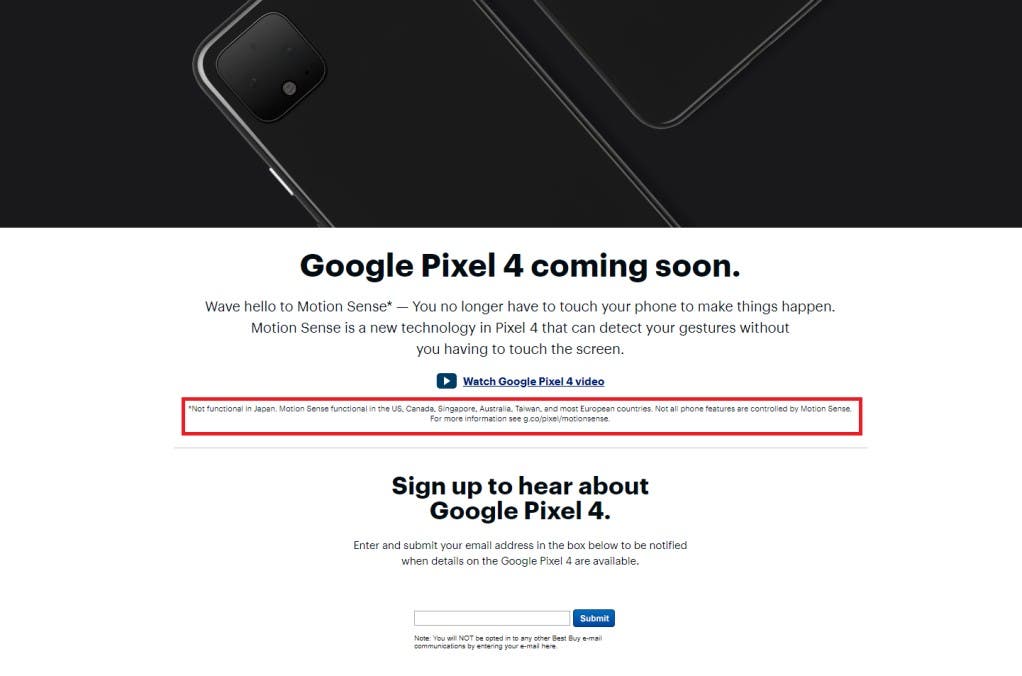 We do not know why Motion Sense will not work in Japan or other countries, although it could be because Google has not yet obtained permission to use Motion Sense technology based on Soli radars in consumer products in certain countries.

It is worth to mention that yesterday. A recent listing of the Google Pixel 4 by FCC shows that this smartphone has four models. According to reports, the four models include “G020I”, “G020J”, “G020MN” and “G020PQ”. The report claims that Google requested a network band similar to 5G. However, this does not imply that there will be a 5G variant because Google’s Project Soli support similar frequency.

Google usually holds its hardware events in October. And the Pixel 3 and Pixel 3 XL were announced on October 9 last year. Verizon leaked information suggests that Google will present its next flagship next October.

Next Facebook: the phone number of 419 million users leaked