Realme has finally taken the wraps off its latest mid-range series in China. The series is aime to take on Redmi’s similar offerings like the Redmi Note 7 Pro in the same space. Now, it’s been known for a while that the Realme Q series is nothing but a rebadged Realme 5 Pro, however, the pricing is what sets them apart. The Realme Q is available in three variants  starting with the 4GB + 64GB valued at 998 Yuan (~$140) while the 6GB + 64GB version is valued at 1,198 Yuan (~$168) and the 8GB + 128GB will retail for 1,498 Yuan (~$210). Colour options are only two – Diamond Green and Drill Blue. The Indian base model, meanwhile, starts at around $195.

Coming to specifications, the Realme Q has a 6.5-inch waterdrop-notch IPS Full HD+ LCD display which offers a screen resolution of 1080 x 2340 pixels and an aspect ratio of 19.5:9. The processor is the Snapdragon 712 SoC also found on the Realme 5 Pro and the handset boasts a quad-camera setup. The 48MP Sony IMX586 sensor with f/1.79 aperture is the main shooter which works in tandem with an 8MP 119-degree ultra-wide sensor. Then there are a couple of 2MP shooters, one of them which is dedicated to macro shots and the other to portraits. Of course, there are a fair number of software modes like Nightscape, 960fps slow-motion video shooting, and 4K video recording at 30fps. 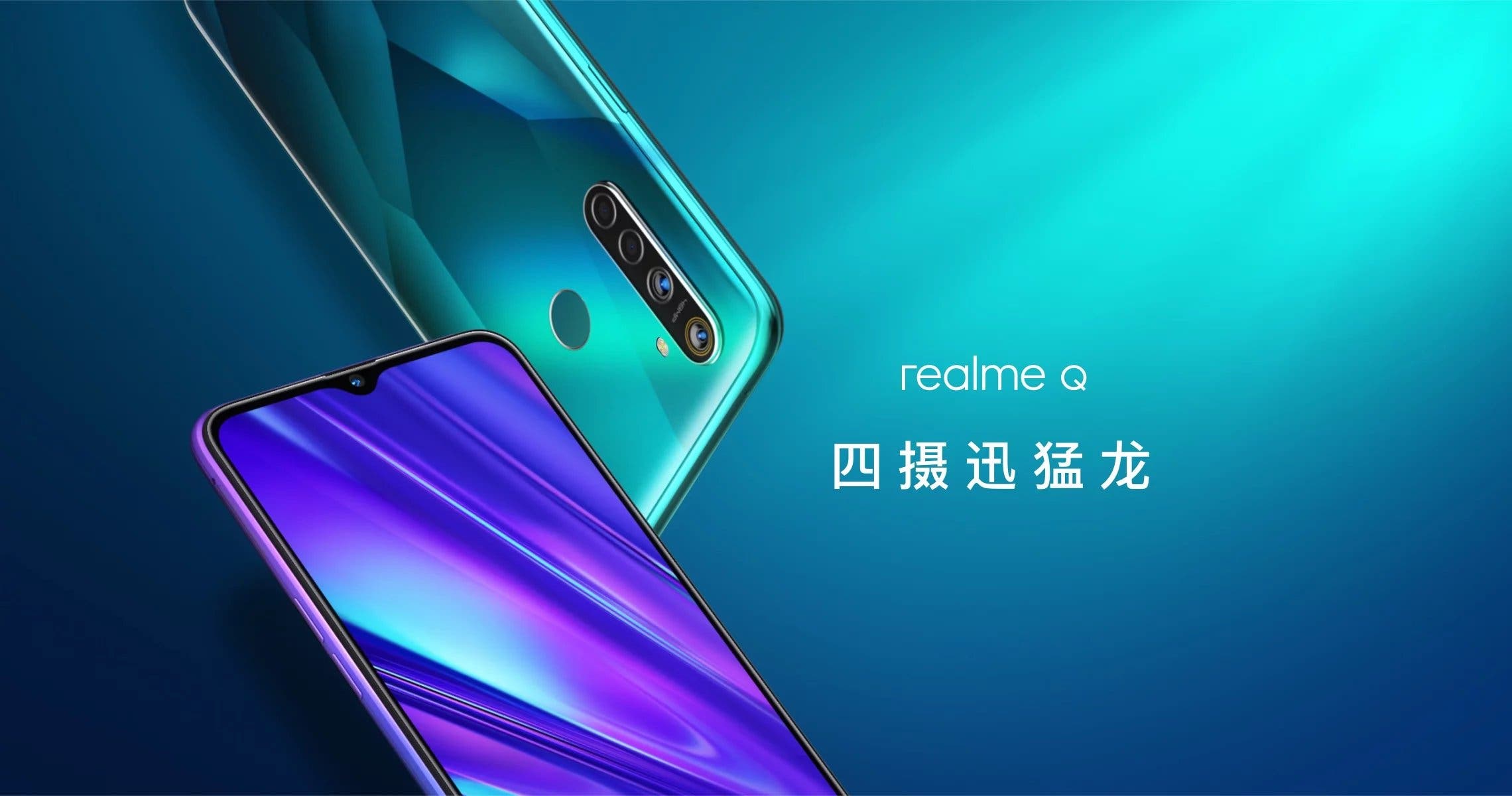 Rounding things off is the 4,035mAh battery which also comes with support for 20W VOOC 3.0 fast charging technology. The software side of things is run by Realme’s Color OS 6.0 as usual. The Realme Q can be pre-ordered from Realme.com. Realme also announced a bunch of accessories like a powerbank, earbuds, and back cases at the same event.