The year 2019 could end up as one in which Samsung has opted to introduce the most number of flagship phones at the same time. The Galaxy S10 came in its numbers, the Galaxy fold tipped for a second coming in two variants, and for the first time, the Galaxy Note series came in pair – a standard, and plus size variants. Samsung however, thinks that isn’t enough, as it has yet again released special variants of the Galaxy Note 10 in its home country. The addition comes in the form of a special edition KlaytnPhone blockchain Galaxy Note10 5G and Note10+ 5G, and could be seen as its take on HTC’s Blockchain phone.

Samsung has made these variants in partnership with South Korea’s Klaytn blockchain platform, and as you will guess, both devices will remain exclusive to Korea.

Other than the name change, the KlaytnPhone blockchain GalaxyNote10 5G and Note10+ 5G are virtually the same devices with the variant, and that includes the same hardware and software. However, the devices will come preloaded with a few blockchain apps, a cryptocurrency wallet, as well as a new Klaytn branded boot-up logo to match. Other than that, users will also get a “certain amount” of Klay, a cryptocurrency made by Kakao. 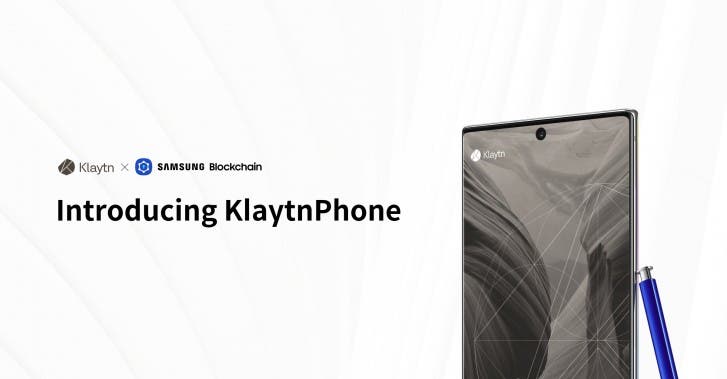