Qualcomm has officially announced its first chip that integrates 5G baseband. This chip belongs to the Snapdragon 700 series. Now, Chinese manufacturer, Oppo has confirmed that it will be the first company to use the Snapdragon 700 Series 5G chip. OPPO said that it is currently working with Qualcomm to accelerate the commercial deployment of the Snapdragon 700 Series 5G integrated mobile platform in the fourth quarter of this year. According to Oppo, they are making significant progress. Although there was no mention of the specific model to use this chip, Oppo emphasized that Oppo dual-mode 5G phone is stable. 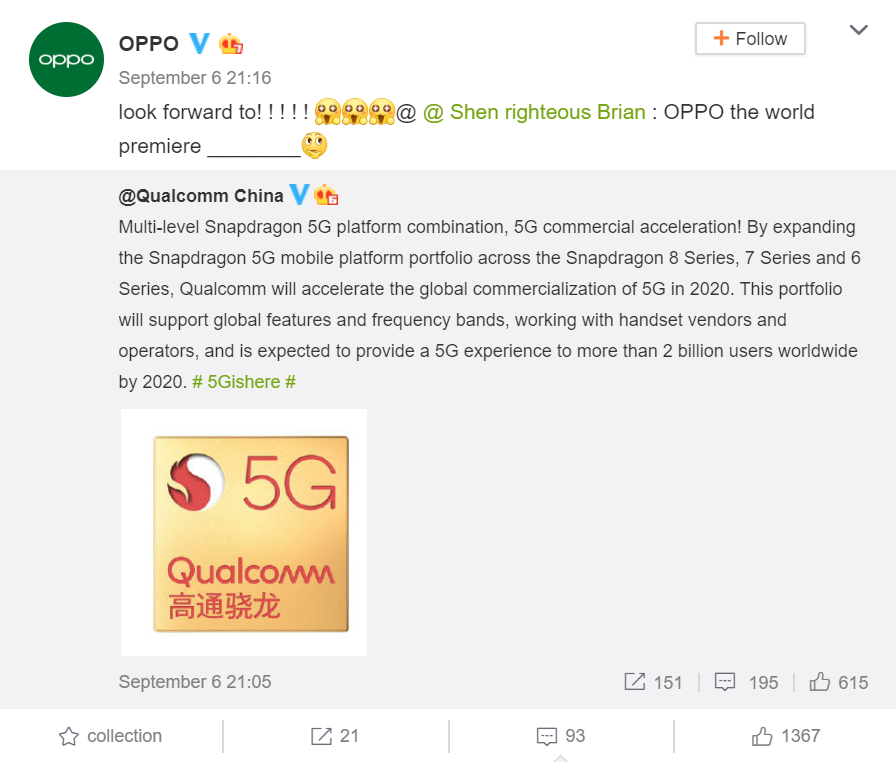 Qualcomm’s recent poster says 12 brands will use this chip, it specifically listed seven brands including Oppo, Realme, Redmi, Vivo, Motorola, HMD Global, LG Electronics. According to the company, these brands will deploy the Snapdragon 700 Series 5G integrated platform on future 5G mobile phones. This chip will be commercially available in Q4 2019 but the phones will arrive in 2020.

The complete details of the Snapdragon 700 Series 5G chip will be public later this year. Qualcomm already has some 5G smartphones with the SD800 series 5G chip. However, the next-generation 5G chip in the SD800 series will also arrive later this year. The Snapdragon 6 Series will also join the ranks of 5G. The commercialization of this chip will start in the second half of next year. This will obviously accelerate the popularity of 5G worldwide.