We’ve known for a while now that VIVO is prepping the 3rd the launch of the third generation of its Nex series – the VIVO NEX 3. The deviceis set to debut on September 16th, and the brand has been actively hyping it ahead of the launch date.

Now, the Chinese firm has released a fresh video teaser for the upcoming borderless device. And like we have seen in a number of unofficial renders, the Nex 3 is seen flaunting a borderless Waterfall display which perhaps is one of its selling points. While we are not sure what the screen to body ratio is, the video reveals a VIVO Nex 3 with a virtually non-existent all round. It gets ultra-thin bezels above the screen which is home to an earpiece.

The video focuses on the curvature of the sides which fits into a thin metal frame that appears to house pressure-sensitive virtual buttons for power and volume. As reported earlier, the video also showcases the device’s pop-up camera module which houses two sensor which perhaps is a camera sensor and a LED flash. Although we have a few reports that claim the device has two front-facing cameras. 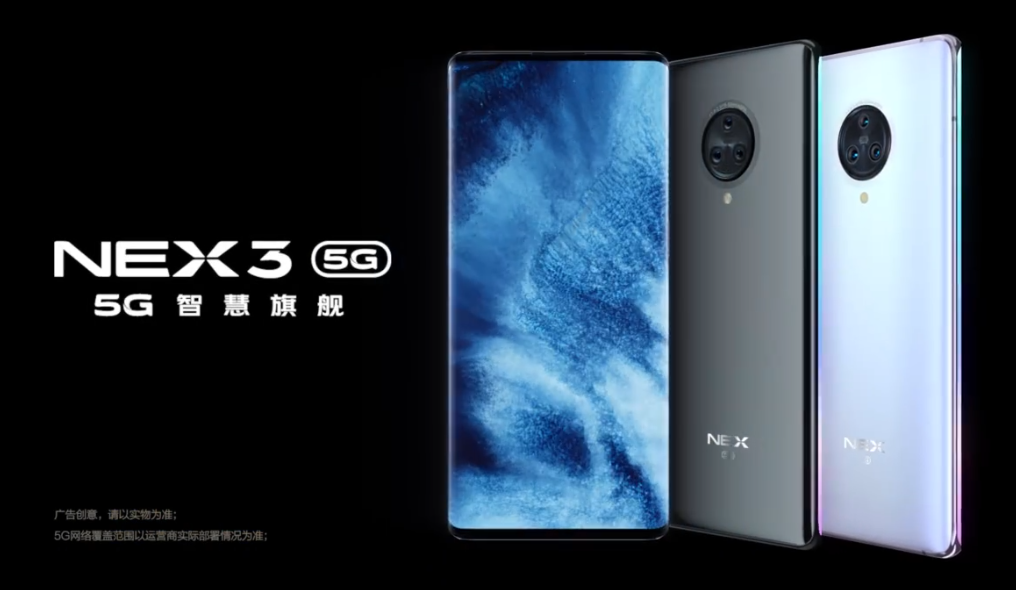 The 30 seconds video further confirms the rear design. It reveals that the VIVO NEX 3 has a triple rear camera setup arranged in a circular Camera module. And from the listing on TENAA, we got to know it has a 64-megapixel main lens and a pair of 13-megapixel sensors. There is no physical fingerprint scanner in sight, and that means the brand opted for an under-display scanner.

Read Also:  Vivo X80 Series Will Land In Malaysia Next Month, Everything We Know
Source/VIA :
Weibo