Huawei made the Kirin 990 chipset official just days back and did confirm that the Huawei Mate 30 will be the first to get the SoC in the coming days. And while the Mate 30 launch is still days away, we now have a slight idea of the first Honor Smartphone that will use the Chipset – the Honor V30 / Honor Vera 30. 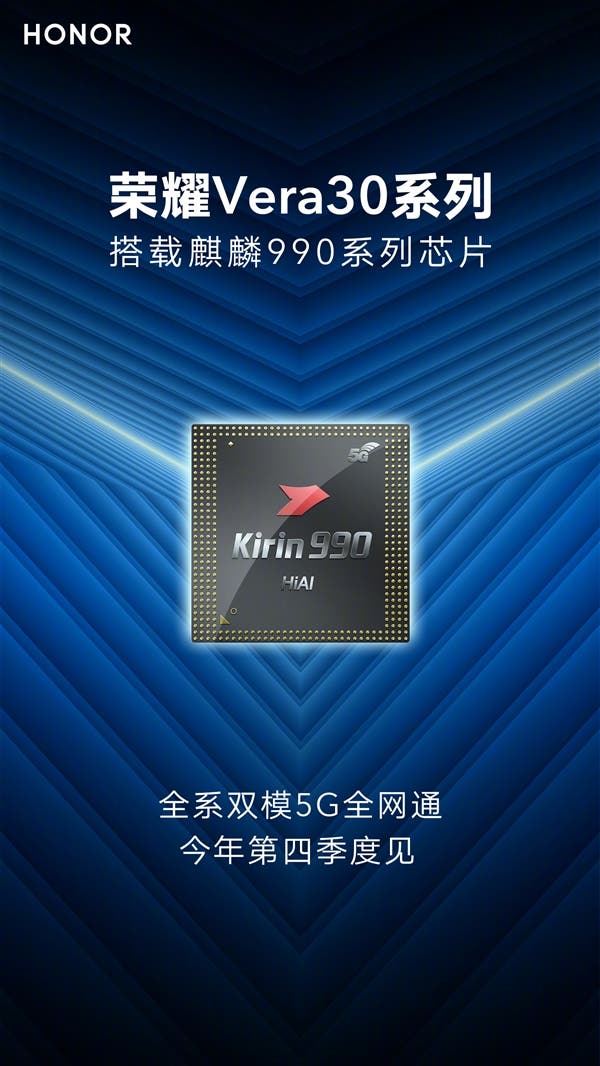 Besides coming with support for the next-gen cellular connectivity, the Huawei sub-brand via a Weibo post has revealed that the Honor Vera30 (V30) series will come with the Kirin 990 5G variant. That isn’t exactly surprising since last year’s Honor V20 launched with the Kirin 980. Speaking of the V30, the Weibo poster released earlier today confirms that the device might actually be dubbed Honor Vera 30 in China, while it might get a different name outside of its base.

The Honor V20 first launched in China back in December 2018, before making its global debut earlier this year in Paris, albeit a different Honor View 20 Moniker. Given that the Honor reached the global audience as the View20, it is also likely the Honor Vera 30 will be limited to the Chinese market, while it will get a wider launch as Honor View 30.

We do not have further details about the Honor Vera 30 /Honor View 30 at the moment. Though we know its official debut is perhaps, still months away, so we have quite a long window to entertain some leaks and teasers. And unless the firms veer of its normal launch cycle, we could witness the official launch in China later this year, December to be precise.

Next Vivo NEX 3 stars in a teaser video