This afternoon, the Honor V20 was officially unleashed. The new phone adopts the glamorous punch-hole screen design and is equipped with the Kirin 980 processor. The starting price is 2999 yuan ($435). 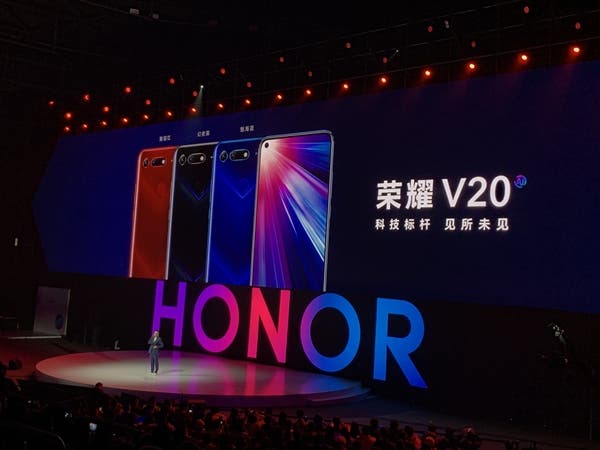 In terms of appearance, the Honor V20 adopts a 6.4-inch punch-hole screen, with a screen aperture of 4.5mm and a high screen ratio. With a streamlined body and back V-shaped texture, it offers Charm Sea Blue, Charm Red, and Magic Night Black color variants. In addition, Honor has also cooperated with the Italian fashion brand MOSCHINO to launch the customized version of this handset, namely the Honor V20 MOSCHINO. The latter has two color options of Phantom Blue and Phantom Red. It features a special double-layer diaphragm design and Teddy Bear exclusive wallpaper. 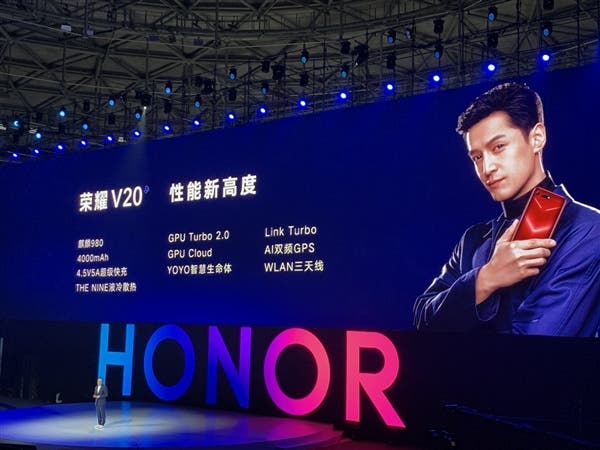 The Honor V20, as we have heard before, is packed with a Kirin 980 chip. Compared with the previous generation, the CPU performance is increased by 75% and the GPU performance is increased by 46%. There is also a built-in 4000mAh battery, supporting 4.5V5A super-fast charge. One of the noteworthy features of the Honor V20 is the use of THE NINE liquid cooling technology. But also we’d like to mention the WALN three-antenna design, which makes the phone bid farewell to the ‘death grip’. 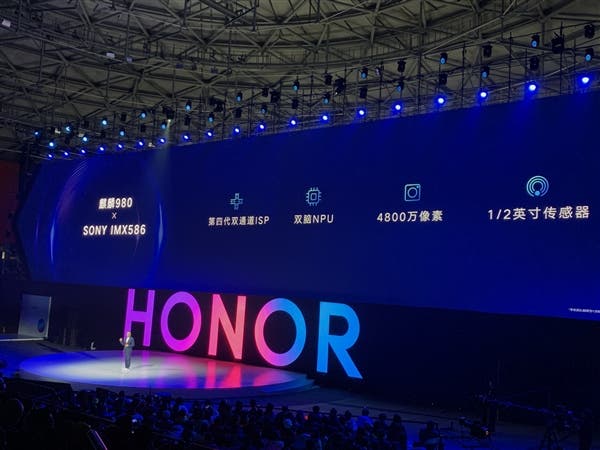 The rest of amazing features of the Honor V20 includes the GPU Turbo 2.0, ‘cloud computers’ that can turn the phone into a Windows 10 computer, and GPU Cloud that turns the handset into a super game console. The Honor V20 supports AI dual-frequency GPS and uses the self-developed HI 1103 GPS chip for more accurate positioning. It comes with YOYO voice assistant.