Huawei has unveiled the Kirin 990 5G – its latest high-end chipset, and of course its response to  Apple’s A-series, as well as Qualcomm’s Snapdragon processors. The announcement comes just ahead of the unveiling of the Huawei Mate 30 series which in any case would be the first smartphone series to come embedded with the SoC.

Remarkably, the new KIrin990 has a built-in 5G modem, unlike previous 5G ready chips that needed separate modems for the new standard. Huawei says the new 5G SoC is packed with well over 10 billion transistors, which promises to enable best-in-class 5G experience, new AI capabilities, improved energy efficiency and top performance across the board. The SoC also gets improved graphics processor up from 10 to 16 cores, and that alone gives it a major boost over its rivals and even its predecessor. 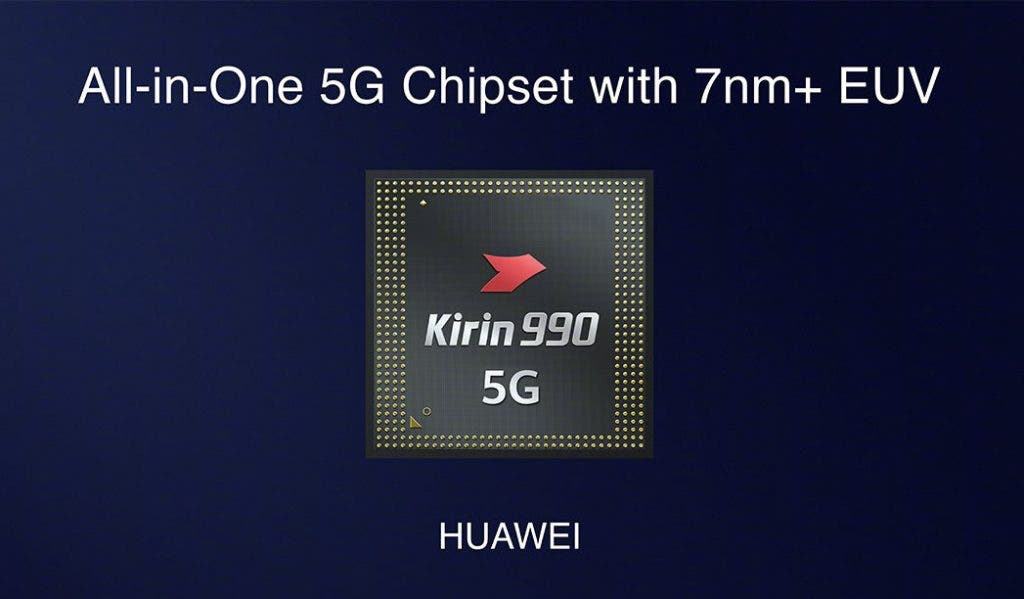 The new Chipset also gets a dual image signal processor for a DSLR-level image noise reduction which should help the host device produce clearer, crisper photos. As well as packing an enhanced AI algorithm that helps check battery consumption, the Kirin has an embedded 5G modem with a peak download rate and a peak upload rate of  2.3Gbps and 1.25Gbps in that order. The modem is said to contain four sub-6 antennas with, but with no mmWave which is required for it to work with most of US. networks.

Beside the Kirin 990 5G with an embedded 5G mode, Huawei confirmed that a separate 4G-capable Kirin 990 model is also in the making, and that would likely power most of its upcoming budget smartphones.

Huawei hasn’t officially confirmed when the new SoC will be employed in a smartphone. However, we expect the new SoC to feature first in the upcoming Huawei Mate 30 series. The Mate 30 series launches later this month, and from previous leaks and rumors, the lineup promises to be an exciting one. You can check out all previous leaks and rumors pertaining to the Mate 30 here.