The Honor Vision TV ,  otherwise known as the Honor “smart screen,” as we all know is currently only limited to the Chinese market. But all that could change soon, as it appears the Chinese firm has made plans to launch the device or a completely new version in the international market. Four so-called Huawei/Honor Smart Screen devices first surfaced on the Bluetooth SIG database a few days ago, and now, Huawei has officially teased the arrival of a new Huawei Smart screen.

The official announcement takes place on September 19 in Munich, Germany at the same event as Mate 30 series and the Watch GT 2. And as expected, the Huawei Smart screen will be based on Huawei’s Hongmeng OS, further breaking its reliance on Google’s Android OS. From the official poster, the smart screen adopts an ultra-narrow bezel design with a pop-up camera module, similar to that of the Honor Smart Screen. 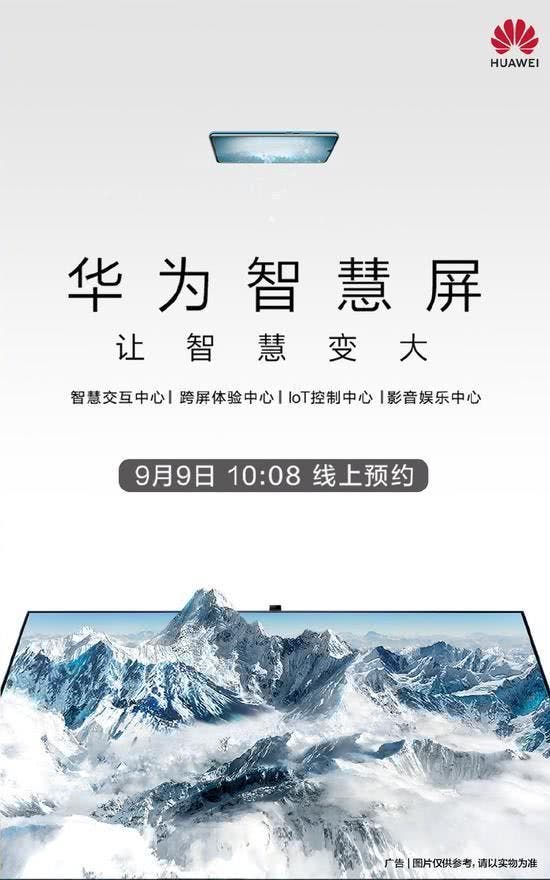 The Screen is already available for pre-order on Jidjong which reveals it will come with a 65″ display. Further details remain sparse, however, details from the Bluetooth SIG database reveals that the device, much like the Honor screen could get the HiSilicon Hi1103 chipset. It also reveals that it is based on EMUI HomeVision which perhaps, is a skin for HarmonyOS, or even one that is compatible with Google’s Android. If compatible with both OS, then both Chinese and international users enjoy could similar interface, the base platform notwithstanding.