No other company as many power banks as Xiaomi in the world. So it’s quite logical the Chines tech giant will bring more interesting models to this niche. Today, it announced the so-called Youth version of its wireless power bank. The Xiaomi Wireless Charging Power Bank Lite has a 10,000mAh capacity. It is priced at 129 yuan, which is equivalent $18. Agree this is not much for a powerbank that supports wireless charging allowing you to recharge your smartphone in the most convenient way.

The Xiaomi Wireless Charging Power Bank Youth Version 10000mAh supports up to 10W wireless output, two-way maximum 18W fast charging, and side charging. Also, it’s compatible with the Qi wireless standard. Thus, Samsung and Apple smartphones are compatible with it as well. And what’s more important, it supports wireless charging (smartphone) and wired charging (sub-device) at the same time. It can charge the Xiaomi Mi 9 about 2 times and the iPhone XS about 2.5 times. 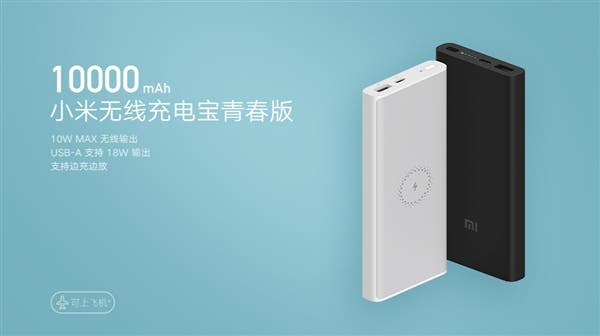 Compared with the Xiaomi Wireless Charging Power Bank 10000mAh, the overall appearance changes are not big. However, we should mention, now, it is using a plastic shell. At the same time, the company offers the white version in addition to the black variant. Interestingly, the Xiaomi Wireless Charging Power Bank Lite is way lighter. Its bodyweight is lighter by 75g, and the overall thickness is reduced by 1.8 mm. In other words, this powerbank now weighs 230g.

The charging USB-C interface has a maximum input power of up to 18W, which greatly shortens the time required for charging. It takes only 4 hours to fully charge. 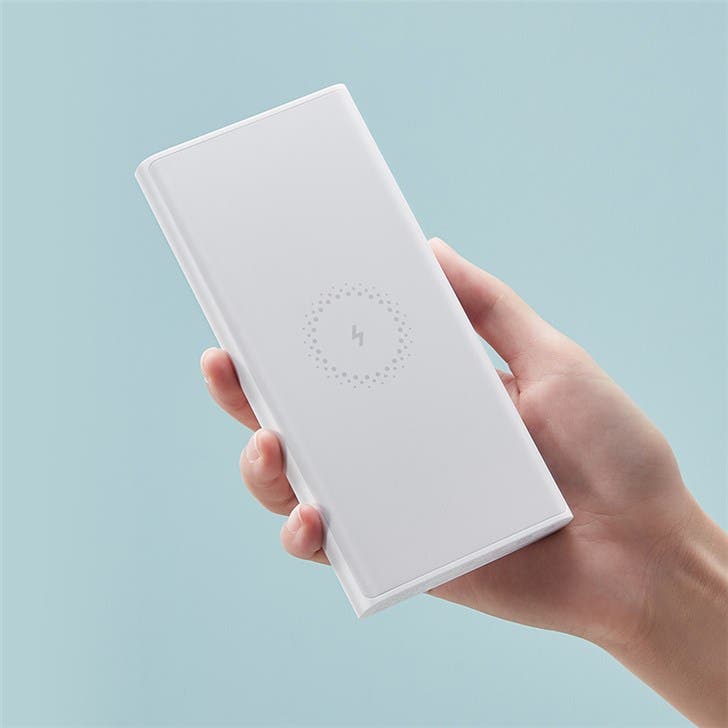