Google’s Pixel 4 line will be the first to come with a motion detection chip called Soli, a previous teaser from the company has already revealed. However, a new leak gives us a good sneak peek at the kind of function and utility that we can expect from the “Motion Sense” feature. It also came to be known this month that the Soli chip won’t be working in certain regions of the world including India due to legal certification clearances required. Regardless, the new “Motion Sense” feature is detailed on this  YouTube channel called ThisisTechToday and here’s what we find from it. Head to the end of the video (13:00) for the exclusive leak. 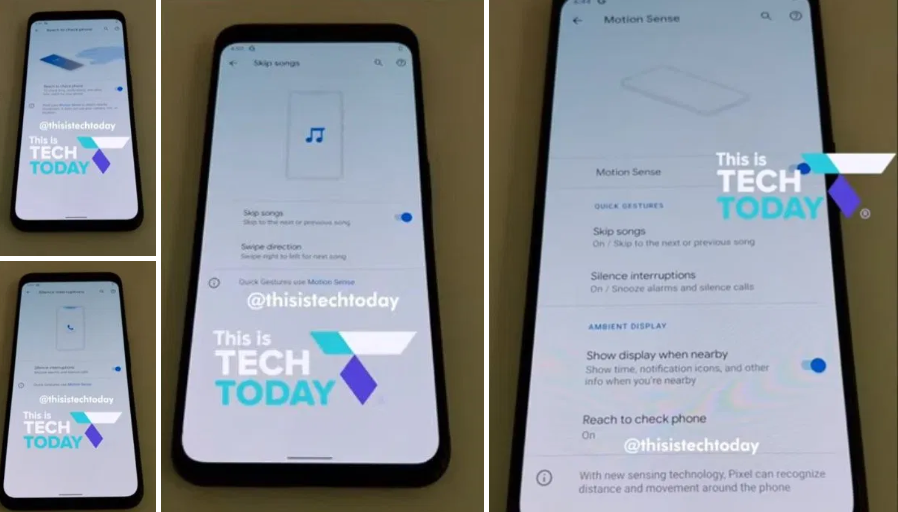 The leak shares images of the settings menu of the Motion Sense feature. Google will allow users to skip songs, wake the display, mute calls and alarms, and briefly turn on the lock screen by various hand gestures. For now, these are the only options visible although the Soli chip is capable of doing a lot more. Also, according to the host of the channel, Google is also working on a separate project which it will announce on launch day.  In a separate leak, noted tispter Evan Blass shared a render of the Pixel 4 sparking speculation that the launch date could be October 15th.