The iPhone 11 series was released a few days ago and the pre-sale is set to begin on September 13th. Tmall officially announced that it will commence pre-sale of this device simultaneously as Apple on Set 13. As the only third-party online store besides Apple’s official mall, Tmall Apple’s flagship store has become an important point for the new iPhones. According to Tmall official data, there are currently over 1 million interests to reserve the iPhone 11 series. 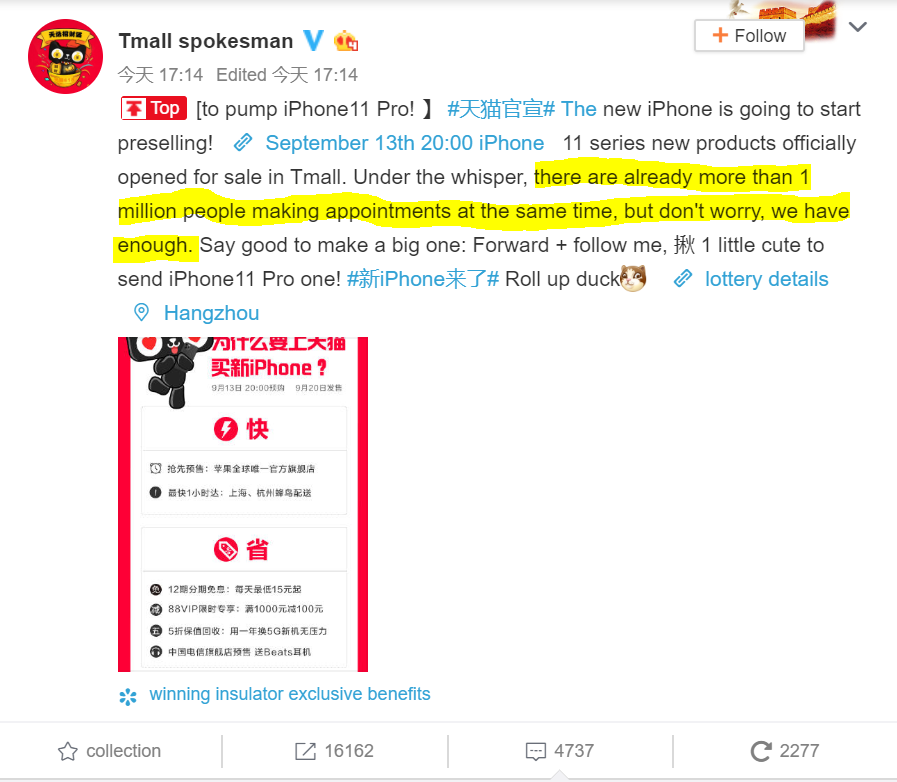 Most of the interest reservations go for the iPhone 11 which is the cheapest in the series. From Tmall’s data, the booking volume is 200% that of iPhone XR. However, Tmall also emphasized that the popularity of these smartphones will not strain its availability. In other words, there will be enough stock of the new iPhone series to combat the demand.

In addition, Tmall also launched an hour of service for buyers in Shanghai and Hangzhou. If you live in any of these cities and purchase the iPhone 11, you will get the device within an hour. Furthermore, Tmall has a promo for Weibo users. According to the store, one lucky user will get the iPhone 11 Pro for free. However, you will have to forward the Weibo post to enter for the draw.