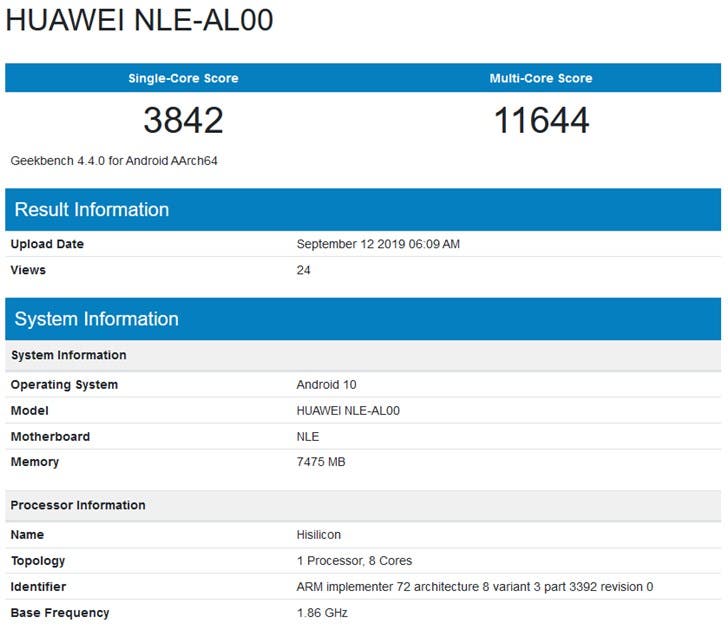 As of now, we do not exactly now which model this smartphone belongs to. On September 19, Huawei will release the Mate 30 series. Huawei NLE-AL00 could be in this series.