According to the certification, the new smartwatch bears MTSB08XUN and connects via Bluetooth 5.0. The wearable was certified on September 10 and may hit the shelves just in October. There are no details about features but we expect to see it as a big upgrade over the 3C, especially when this model bears the “Pro” naming. 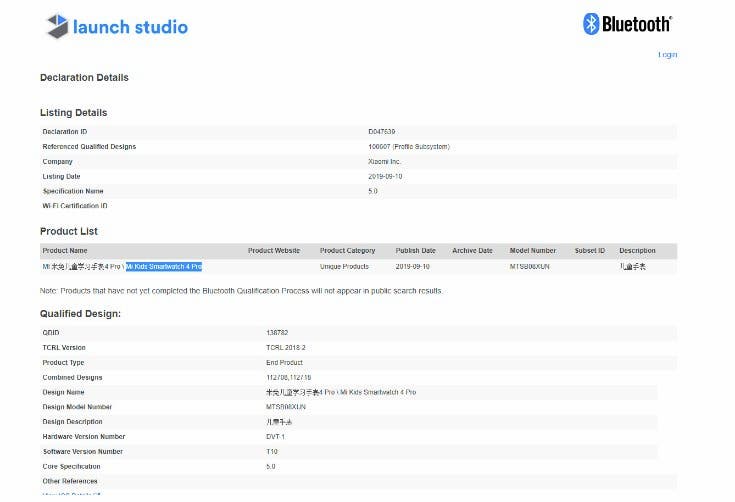 Of course, we expect to see the Mi Bunny Smartwatch 4 Pro with an Amoled display. After all, the same technology is present on the 3C. We don’t consider this smartwatch as the successor for the one released in the last month. Apparently, it will just be a different model which will act as an additional option for customers willing a smartwatch for their kids.

The new model should retain the square dial, which is a character from the series since the Mi Bunny Smartwatch 3. In addition to that, we expect a 4G modem, a camera for video calls, GPS, Wi-Fi, and an IP-rating. Since the 3C model comes with Xiaomi’s XiaoAI assistant, we expect to see it making a comeback in the newer model.

The Mi Bunny Smartwatch 4 Pro will probably get a quiet launch in China. Also, we don’t expect to see it anytime before October, after all, the 3C was just released. Hopefully, the Chinese firm will make an international version with multi-language for western markets. After all, Mi Fans have been requesting for an international variant of this smartwatch series.

Next Apple will struggle in the Chinese smartphone market next year