Xiaomi will hold a press conference on September 24th where it will release a couple of 5G devices as well as the Xiaomi TV Pro and Xiaomi MIUI 11. Today, Xiaomi Product Director and MIUI Experience General Manager @MIUI Xiaofan disclosed in advance a life-saving function of Xiaomi MIUI 11: earthquake warning. 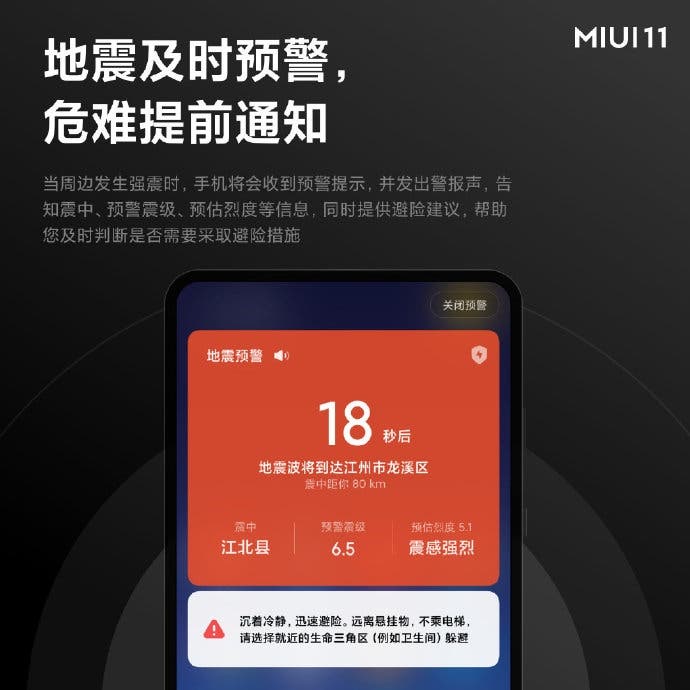 The earthquake warning feature uses a pop-up box to send a reminder to users. It reminds users when the network detects an impending earthquake that could cause strong ground shaking. It will also identify the seismic wave location, epicenter area, and the magnitude of the earthquake. After the warning countdown is over, an emergency help service will be provided.

Xiaomi To Use Seismic Waves From Impending Earthquakes

Seismic waves from earthquakes come in three forms: longitudinal waves, transverse waves, and surface waves. The longitudinal wave propagation speed is fast, about 5.5 km-7 km per second, but the destructiveness is small. The destructiveness of the transverse wave is large, as it causes the ground to vibrate before and after the wave passes. However, the propagation speed is slow (about 4 kilometers per second). The surface wave is the slowest and can only propagate along the ground surface. This is the major cause of strong damage to surface features. 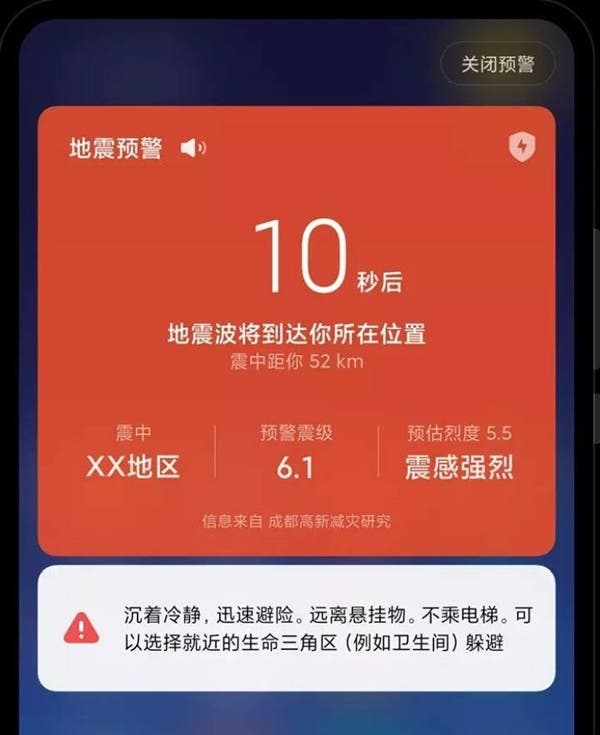 Earthquake prediction is much more complicated than it seems. If Xiaomi is developing such a feature, it will take more than lab studies to confirm its authenticity. However, since it is dealing with warning within seconds, then the accuracy could really improve. This feature definitely looks ambitious. The prediction of seismic wave location, epicenter area, and magnitude is a very complex process. However, if Xiaomi can start this, other OEMs can develop it with the hope of perfection in the future.

In addition to life and work, we are also very concerned about the personal safety of everyone. Before SOS emergency help, there is another new member in the “MIUI Care Series” – earthquake warning.

When there is a strong earthquake in the surrounding area, the mobile phone will give you a few seconds to tens of seconds to remind you of the pop-up window and the alarm sound, to gain time for the risk-avoiding; in addition, we also provide the nearest emergency shelter. The rescue information card function helps you get assistance in a critical moment.